Of all the creatures on this planet man alone has the capability of improving his life on Earth. Whether you believe in God or not is irrelevant, but it is man alone that has been blessed with a brain that is capable of amazing things. All the other creatures on this planet have brains, but theirs are only concerned with controlling the bodily functions of the creature they inhabit, survival, and procreation. Through the use of human brains we have explored the smallest of particles of life, (the atom), and travelled to the stars with rocket ships. No other creature on this planet is capable of the thinking required to perform these amazing feats.

Yet why is it that so many people, blessed with a brain capable of such miraculous things, are incapable of thinking?

You can call me a hermit or a recluse, but I don’t really care that much about going out into public places unless there is something I need. It’s not that I don’t like going to places and events like concerts, it is just that I don’t like being around people that much. When I go out in public I see the throngs of humanity and I feel nothing but sadness and sorrow with a twinge of anger. I see people who are capable of doing so much if they would only use their minds, who wander around like a herd of senseless cattle. It seems, to me anyway, that they have all turned off the higher functions of their brains and are only concerned with eating, sleeping, fornicating, and seeking constant entertainment. Real thinking is the last thing on most people’s minds.

I have heard may terms used to describe people as a collective body. I have heard them referred to as useless grazers, mindless zombies, and sheeple. You may have your own term for them, but they all refer to people as a body of men and women who go about their lives without ever really thinking about anything except the bare necessity required for their survival and their desire for endless entertainment and self-gratification.

What is truly sad is when you confront most of them with the fact that they do not think they become angry with you for bringing to light their ignorance, their apathy, and their complacency. Most people don’t even understand what those words mean so they therefore assume you are insulting them. There’s an old saying that I find fits nicely to those who take offense when I use those words to describe them, it goes; “If the shoe fits…”

People assume that when you call them ignorant you are implying they are stupid. Not so. Ignorance is solely the lack of information or knowledge. It means that you simply have not been provided with the facts regarding something. Apathy on the other hand is one step worse than ignorance. Apathy is a lack of interest or concern. So apathy not only means that you are ignorant, it means you don’t care to become informed. Then there is complacency. Complacency is the state of being pleased, or satisfied, with the state of things; often without the awareness of a potential danger. People who are complacent accept whatever is happening to them without ever worrying about finding a remedy to the problems they face.

Those words, by themselves, do not imply that you are stupid. However, if you combine them all together in describing people, and add willful to them, then you do have the definition for stupid. A people who don’t know the first thing about a subject, who don’t care to learn about a subject, and then accept whatever happens due to their ignorance, are stupid. These are the grazers, the zombies, and the sheeple whose only concern is their own small sphere of life which cannot be bothered with facts and critical thinking. That is stupid.

Nineteenth century German writer and statesman Johan Wolfgang von Goethe once said that “None are so hopelessly enslaved as those who falsely believe they are free.” Not everyone, but I know that there are some who read my little commentaries who just glance over the quotes I provide and then move on without actually thinking about what the quote said. I would hope that you would pause right here and take a moment to really think about what von Goethe said.

If you do not know the true nature of freedom, but are constantly told that you are free, how are you to know whether or not you are indeed free? You may think you are free because you can sit in the comfort of your home and drink the beverage of your choice while watching the TV show of your choice. You may think that you are free because you can climb into your car and drive to the location of your choice to do whatever it is you do to obtain entertainment. Think about it, a herd of cattle out grazing in the prairie is free to eat or not eat, to wander wherever it wants, (within limits) and yet it is not free. They are owned and controlled by the owner of the ranch and will eventually be led to the slaughter.

That is how I see Americans today, like a big herd of cattle scurrying about their lives having just enough freedom to make some choices in their lives, while the essential freedoms, those freedoms our Founders fought for and bequeathed to us are slowly being taken from us. All this while we sit back and watch it happening without even a whimper.

In 1771, under the pseudonym of Candidus, Samuel Adams wrote a letter to the Boston Gazette where he said, “The liberties of our country, the freedom of our civil constitution are worth defending at all hazards; and it is our duty to defend them against all attacks. We have received them as a fair inheritance from our worthy ancestors: they purchased them for us with toil and danger and expense of treasure and blood, and transmitted them to us with care and diligence. It will bring an everlasting mark of infamy on the present generation, enlightened as it is, if we should suffer them to be wrested from us by violence without a struggle, or be cheated out of them by the artifices of false and designing men.”

There are only 109 words in that statement, but it speaks volumes. First off Adams said that it was our duty to defend our freedom and our Constitution..at all hazards. As citizens of this great nation it is your first obligation to defend the Constitution, not whatever political party you belong to. Adam’s closes by saying that it will bring an everlasting mark of infamy upon his generation should the constitution and their freedom be taken from then without even the hint of a struggle by the people, as enlightened as they may be. That is exactly what I see happening in America today, our freedom is slowly vanishing, and very few people are even aware of it because they are too concerned with their own entertainment instead of taking the time to educate themselves.

Not only are too many people unaware that their freedom is slowly eroding, some are even willingly surrendering it for the sake of safety and security. That is unacceptable behavior for a people who claim to live in the land of the free. If a people truly valued their freedom they would raise holy hell the moment anyone began messing with any of their rights.

In an 1816 letter Thomas Jefferson wrote the following words, “Rightful liberty is unobstructed action according to our will within the limits drawn around us by the equal rights of others. I do not add ‘within the limits of the law’ because law is often but the tyrant’s will, and always so when it violates the rights of the individual.”

Liberty, therefore, is such that I can do whatever I want as long as my actions don’t prevent you from doing the same. It is only when a person crosses that line protecting someone else’s rights that their actions become criminal and subject to punishment. How many laws, regulations, and civil codes are we subject to which criminalize behavior that harms no one other than ourselves? Yet we obediently obey these laws because we have been told that they are for our own good. Is that how free men should live, obedient to every infringement of their rights simply because someone in a position of authority tells us we must obey or be punished? As Jefferson said, law is often but they tyrants will, and always so when it violates our rights.

I have had numerous discussions with others who, for one reason or another, have used their brains for the purpose they were intended and can see what is happening in America. Not one of us has any explanation as to why nobody else can see the same things we do. We all wonder what it will take for the rest of America to wake up to what is happening.

Although I can only speak for myself, I am pretty sure that each of my friends with whom I’ve had these discussions hold our fellow Americans with little esteem. We see you as nothing better than cattle being herded around by those whom you elect, while being lied to by the media as to the truth as to what is happening all around you. And like all cattle, there eventually comes a time when you are herded off for slaughter. It is at your own peril that you continue to live your lives ignorant, apathetic, and complacent.

You may think we are radical, crazy even. But I’m willing to bet that should things get ugly in this country you will do two things. First you will wonder why no one tried to warn you about what is happening. Secondly you will come to us to help you survive.

When that time comes, and again I can’t speak for anyone but myself, but when it does, the only thing you will get from me is the following quote, “This city is afraid of me. I have seen its true face. The streets are extended gutters and the gutters are full of blood and when the drains finally scab over, all the vermin will drown. The accumulated filth of all their sex and murder will foam up about their waists and all the whores and politicians will look up and shout ‘Save us!’…and I’ll whisper ‘NO’.”

The coming danger is something you could have prevented had you paid as much attention to the affairs of your government as you did to Facebook or TV. As the old saying goes, “You’ve made your bed, now lie in it.” What is coming is of your doing, you could have stopped it had you cared. Don’t ask us to save you from it, because honestly we could care less if you survive it. And if history is fair, that mark of infamy that Adams spoke of will be upon you. 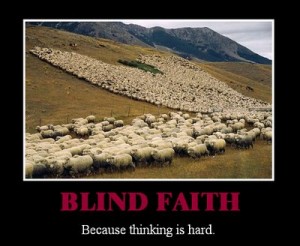