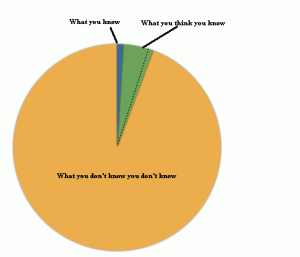 I awoke this morning thinking about the words; Grow Up. Most people associate growing up with the place where you lived your early years; your hometown. But growing up is as much about going from being an infant and totally dependent upon your parents for your needs to being an adult with all the skills needed to make it on your own.

Someone who is grown up realizes that life/reality can be a vicious bitch and roll with it; taking full responsibility for their own decisions and adjusting their life plan; strategy, as life throws its punches at them. Those who haven’t grown up seek to blame others for the mistakes they make, and shift the burden of taking care of them onto society; or a specific class of society like the rich.

Growing up is all about a series of steps; sometimes slow, sometimes rapid, which take you from infancy into adulthood. But it doesn’t just stop at adulthood; although some people sure act like it does. You can never stop learning; stop growing up if you will; as life is full of experiences to further broaden your mind and your perspective.

Growing up is a progression; a series of steps which take you from one point to another. These points can either be physical locations, or a mental one in which your views on a subject change over a period of time.

I have found that, at least from a mental perspective, many Americans have stopped growing up; at least in their knowledge regarding their system of government and the history of their country. Their minds are stuck with the same point of view, the same level of knowledge they held they had on the day they graduated from high school; whenever that was.

Oh, they may change political parties, or their support or opposition to what their government is doing may change, but the underlying knowledge base regarding the history of this country and its system of government remains basically the same as the day they graduated; in that they have NOT grown up; or progressed.

People may realize that there is something fundamentally wrong in America; but their solution is to increase the powers held by government, pass new laws, create new social programs and further violate our unalienable rights. It never crosses their minds that the fundamental problem is that government has gotten too big, too powerful, and it is due to its restricting individual liberty that all our problems arise. It is also because people have not fully grown up, in the truest sense of the word, that they need government to be this big benevolent nanny to take care of their needs.

Have you ever heard the expression stuck on a plateau? It’s not referring to a topographical location of high ground with a flat surface; it’s more in reference to being stuck somewhere and not being able to make any further progress towards a goal. Bodybuilders and those seeking to lose large amounts of weight speak of plateaus; being stuck and not able to make further progress.

I honestly don’t know which is worse; thinking you know it all, or not caring whether you know.

For a large part of my life I was stuck on a plateau of the latter; I didn’t care whether what I knew was all there was to know or not. I was raised in a family of staunch Republicans and that was sufficient for me; once I became eligible to vote I would go down the list voting for everyone with an R next to their name, or voting for issues according to suggestions made by the Republican Party. In short; I was a mindless zombie who could not think for himself. I’m not proud of it, but I won’t hide the fact either.

But then something happened; and to this day I’ve yet to figure out what it was. Whatever it was it stirred me out of my lethargy, my apathy, and I began studying our system of government and the history of this country.

My journey has been a progression of sorts. At first it was just that the government was passing laws which the Constitution did not authorize it to legislate upon. From there it progressed to learning that there is a power cabal that has been running things in our country, behind the scenes, for a very long time. Then I began learning about the history of the Civil War and the truth behind it; which is about as far from the supposed truth most people have been taught about that conflict.

Finally I began progressing to a study of the actual writing and ratifying of our Constitution and the arguments both for and against it. What I have found is that our country went from a group of Colonies who fought for their independence and freedom, to a country which established a system of government doomed to become just as, if not more, tyrannical as the one the Colonies had fought to free themselves from.

As my knowledge increased my views regarding certain Founding Fathers has changed; I no longer hold some of them up to the high level of esteem that I once did. In contrast, there are those whom I paid very little attention to who have now become the recipients of a great deal of my respect and admiration.

But that’s how it is when you learn new things; when you progress; your views change as your knowledge base increases. It is how you grow up. Unfortunately I find that a great many people are content to be stagnant, stuck believing that everything is just hunky dory in America; that it’s system of government is performing exactly as designed.

In truth they may not be too far off in their assumptions; because I am beginning to believe that what we have today is exactly what men like James Madison and Alexander Hamilton had in mind when they pushed for ratification of the Constitution.