Your Ignorance Is Unbecoming of An American 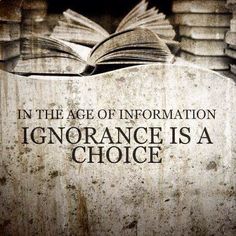 We need to discuss the idea of representation; have you ever really sat down and thought about it? Of course you haven’t; but I have. We have, regardless of what you’ve been told about it being a democracy, a representative form of government; a Republic; at least in theory we do. A representative is one who is chosen or appointed to act, or speak, in behalf of others. They are not superior to the person, or persons, they represent, nor can they become master over those they represent; they are merely servants who act in our stead.

As originally designed, our system of government was to act in behalf of, or represent, two bodies; the people and the States. The States were to select Senators to represent them in this system of government, and the people were to elect members to the House to represent them. All laws passed by this central government would have to be agreed upon by both houses of Congress; this balance of power ensured that neither the people, nor the States, sought to see laws passed that were harmful to the other body. This was one of the many checks and balances in our Constitution which has, since the ratification of the 17th Amendment, been erased; leaving the federal government free to do almost whatever it damned well pleases.

As much as Madison wanted a strong central government, I think even he would be amazed at how far beyond the limited scope of power given government by the Constitution our government has grown.

Yet this is the crucial point many seem to miss when they think of representation; the power given these representatives originally belonged to those who select, or appoint them; both the people and the States. Through a Constitution, or a charter if you wish to call it that, a federal government was established to act in regards to certain specific cases; leaving the residual powers and authority to the States and the people. (See the 10th Amendment)

In 1794 the Supreme Court ruled thusly on who holds the true power in this country, “The sovereignty of a state does not reside in the persons who fill the different departments of its government, but in the People, from whom the government emanated; and they may change it at their discretion. Sovereignty, then in this country, abides with the constituency, and not with the agent; and this remark is true, both in reference to the federal and state government.” (Glass v. Sloop Betsy)

Therefore, when a group of people, or States for that matter, get together and constitute a form of government; giving it certain specific powers, the document creating that system of government becomes the law which the government is to be held to. If government oversteps its authority, and the people choose not to obey the laws it enacts which are contrary to the tenor and scope of powers granted government, it is not the people who are the criminals, it is the government which enacted unconstitutional laws in the first place.

You see, it does not matter if the majority of the people support unconstitutional laws or laws which violate our unalienable rights, because the powers granted government by the document which created it prohibit the exercise of those powers. That is the nature of a Republic; representation takes place according to the rule of law; in this case the law being the Constitution.

Either the limitations upon the powers granted government by their masters, (the people and the States), still exist, or they don’t; and the Constitution is voided. But, if it is voided then it is also true that the government it created is null and void, and that we no longer need obey any laws it has enacted. Like I said, you can’t have it both ways.

Unless of course you are willing to face the fact that this government is tyrannical; that it will hold on to its power by use of force if necessary; even if those who created government decide that it no longer serves the purpose for which it was created and they choose to dissolve it.

That, by the way, is a bedrock principle contained within the Declaration of Independence; that government holds its power by the consent of the governed, and that when government becomes destructive of the ends for which it is instituted it is the right AND duty of the people to alter or abolish it.

If government is a creation of the people, do the people not hold the power and authority to undo what they had done? Do they not have the power to tear government down if it begins to exercise its own will as the determining factor in which laws it enacts, and what authority it will exercise over those it governs? After all, if you build a house, then later want to tear that house down, does the house have any say in whether it should be torn down or not? Can the house raise an army and use force to prevent you from tearing it down? Of course not; but if government is simply another thing people have created; then the people also have the right to tear government down if they believe it to be more harmful than good.

Why is it then that people such as myself who complain bitterly about governments overstepping of its Constitutional authority are thought of as traitors, as terrorists, and as subversives? Why is it that people who only seek to protect their most sacred rights are thought of as nutcases and radicals? What is it about us that others fear so damned much? We seek you no harm; in fact you rarely cross our minds. All we seek is to live free according to the dictates of our will and within the Laws of Nature.

That scares the hell out of most people; and it is because it is that which we seek that we frighten you so much. You would rather give up all your rights; live under absolute servitude, just for the illusion of safety and comfort it provides.

I have to tell you; that’s pretty pathetic and it certainly is not worthy of the title of patriot or free men. Why don’t you just come out and admit it that you choose to be a nation of sheep, tended by government shepherds?

How far we have come from when Jefferson delivered his first inaugural address and said, “What more is necessary to make us a happy and a prosperous people? Still one thing more, fellow citizens–a wise and frugal Government, which shall restrain men from injuring one another, shall leave them otherwise free to regulate their own pursuits of industry and improvement, and shall not take from the mouth of labor the bread it has earned. This is the sum of good government, and this is necessary to close the circle of our felicities.”

The unfortunate thing is that we have a nation of people who have forgotten what it means to be free, and who will vote for the candidate whose promises most closely align with the things they expect government to do for them to make their lives better, safer, and more secure.

James Madison once said, “I go on this great republican principle, that the people will have virtue and intelligence to select men of virtue and wisdom. Is there no virtue among us? If there is not, we are in a wretched situation. No theoretical checks, no form of government, can render us secure. To suppose that any form of government will secure liberty or happiness without any virtue in the people, is a chimerical (imaginary; fanciful or vainly conceived) idea. If there be sufficient virtue and intelligence in the community, it will be exercised in the selection of these men; so that we do not depend on their virtue, or put confidence in our rulers, but in the people who are to choose them.”

The problem in this country lay not with its government, it lies with what YOU consider to be the purpose of government. Until you change your views, until you start demanding that government confine its actions to the specific powers granted it by the Constitution; until you start standing up for liberty and your rights, not one damned thing is going to change in this country.

I know I have given you much to think about; much of which probably pisses you off. Let me just finish then with a quote from former president John F. Kennedy, “Too often we enjoy the comfort of opinion without the discomfort of thought.”

All I’m asking is that you think before you open your mouths and start spouting off opinions you cannot support with facts. Don’t get all offended or butt hurt if someone who is armed with all kinds of facts and evidence calls you on your bullshit.

Besides, your ignorance is unbecoming and as JFK also said, “The ignorance of one voter in a democracy impairs the security of all.” And Jefferson said in a letter to Charles Yancey, “…if a nation expects to be ignorant & free, in a state of civilisation, it expects what never was & never will be.”