I’m Back In Full Fury Mode 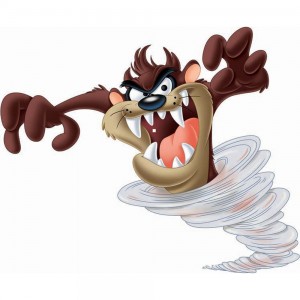 First off, I know what you’re saying; “Didn’t Neal say we might not hear from him for awhile in regards to political rants?” You’re right you did hear me say that. But last night this thought popped into my head and kept me awake for the majority of the night while it gelled into the basis for what I am about to say. Forgive me, it seems I just can’t shut my brain down, no matter how frustrated and angry I get. So it would seem you’re not getting rid of me that easily.

One of the first political questions I was asked upon returning from my vacation in the Philippines was, am I going to watch the debate tonight between Hillary and Trump, and have I made up my mind who I was voting for? The answer to both was no. Why should I waste my time watching a political debate between two individuals; neither of whom I respect, let alone intend to vote for?

Yet I would bet that millions of my fellow countrymen would tell me that by my not voting I have no right to bitch about how bad things are because I’m not voting for change. How, may I ask, does voting for any candidate, no matter what political designator precedes their name, give you the right to deny me the right to complain when the people you repeatedly vote for are the cause of all our problems?

If you think voting is going to make any difference at all at this point in the game you are delusional, at best. I would go further and say that you are incapable of seeing how far we have sunk into the abyss of tyranny and that your undying belief that more government is the answer to all our problems is, in fact, the real problem in this country.

Theodore Roosevelt once said, “A vote is like a rifle; its usefulness depends upon the character of the user.” People today go to the polls and cast their votes based not upon how what the candidates say measures up to what powers the Constitution grants government, but rather upon how what the candidates say compares to their own personal beliefs as to the function government should serve. It is this shift away from placing the Constitution as the litmus test as to whom people will vote for that has led us down the pathway to where we currently find ourselves; and it won’t be until we place the Constitution back as the gauge we use to measure a candidates worthiness to hold office that a single thing will change in America.

If you think that by voting, even if it is for the lesser of two evils, is going to make any kind of difference, you should ponder something comic George Carlin once said, “The next time they give you all that civic bullshit about voting, keep in mind that Hitler was elected in a full free democratic election.” Voting is meaningless unless you adhere to certain principles when making your choice as to whom you will cast your vote for.

The way I see it is that if there is no one worthy of my vote I simply choose not to participate in the further destruction of our Republic with a further corresponding loss of liberty. Voting for the lesser of two evils is still voting for evil; only in a lesser extent. Yet you tell me that I am the one who loses his right to complain about things because I chose not to vote for evil in any way, shape, or form?

It’s funny, I get this sentiment most from those, not who push forth a liberal agenda, but from those who profess to be conservatives. These people seem to think that by my abstaining from voting I am handing the election over to Hillary and furthering the destruction of our country. In response I would say that they are doing the same thing by voting for a candidate who has shown he has no understanding of the Constitutional limits upon the office for which he seeks. In fact, Trumps take no prisoners and my way or the highway attitude may pose far more danger to our liberty than anything Hillary could possibly do. But because he is a ‘REPUBLICAN’ people who profess to be conservatives will flock to the polls by the millions and vote for him.

Roughly half the registered voters in this country profess to be conservatives. Yet how many of them actually understand what it means to be truly conservative? Conservatism, at least my understanding of it, is not adherence to the Republican Party platform, repeating the talking points espoused by so-called conservative media pundits like Rush Limbaugh, Sean Hannity and Michelle Malkin; it is upholding the values of those who framed the basic outline of human rights and the purpose of government enshrined in the Declaration of Independence. Conservatism is ensuring that our government does not take one step beyond the powers granted them by the Constitution. By that definition I would have to declare that these so called conservatives of today are nothing more than Lite Liberals; a watered down version of those they so vehemently despise.

Recently, while I was away on vacation, fellow writer and friend Mike Gaddy wrote a series of excellent articles on the very subject I am now discussing. I would recommend you Google the Rebel Madman and read them for yourselves.

In 1980 Neil Young released his tenth studio album entitled Hawks and Doves. On that album was a song called Comin Apart At Every Nail, from which I would like to quote, “Oh this country sure looks good to me. But these fences are comin apart at every nail.”

If I’m not mistaken, Young’s intent was to say that although things may look good on the outside, things aren’t all rosy on the inside. That’s how I see America today, as a nation who, for all outward appearances, may still look healthy and vibrant, but one which upon closer examination is rotting on the inside from the years of disregard for true conservative values and principles.

These riots we are seeing are not going away; in fact they will become more frequent and more violent. Not only are we going to see these race riots increase in frequency, we will also begin to see more and more violence inflicted upon innocent people by these refugees we feel so sorry for after we have bombed their country and killed their friends and family.

Our political correctness and refusal to face the fact that our government is responsible for 99.9% of all our problems is just now beginning to nip at our backside. Soon it will become a full fledged biting of our ass as the fabric holding our country together unravels at a faster and faster rate.

And what will you do? Why, you will cry for the government to come save you; and they’ll gladly offer their services at the expense of more and more of your freedoms; until you find yourself needing a permit from government to blow your nose or wipe your ass.

I don’t know that it would make any difference at this point in the game, but I would suggest you pick up a copy of Atlas Shrugged and read it. You may find an interesting parallel between how Rand’s novel shows that the more government interfered in things the worse they got and how things are currently going in America today.

But as far as watching the debate tonight, I’d rather watch paint dry than watch two people I wouldn’t trust to clean my toilet argue about how they believe themselves to be more qualified than the other for the office of president of the United States.

And if you think I’m going to the polls in November and casting a vote for either of them; you haven’t understood a single thing I’ve said.