Have I Ever Asked You To Agree With Me? (I Only Ask That You Consider What I’m Saying May Be True) 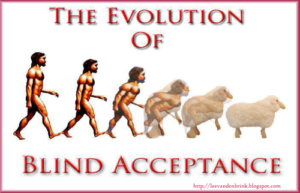 When I sent my last article out I included a few comments at the beginning mentioning that due to my lack of getting any feedback I was considering tossing in the towel as far as writing these commentaries go. Although I said it, actually doing it is much harder. Writing to me has almost become an addiction; I feel a sense of guilt if I don’t put words down on paper every day. Nonetheless, the sentiments which led me to say those things were real enough.

I write for a myriad of reasons; first and foremost of which is my despair over the state of things in this country as it pertains to our government doing all kinds of things that it was never intended it be allowed to do. I also love to write; the process of putting words together in a cohesive and understandable manner is something I draw a great deal of satisfaction from. There is also the fact that, prior to her passing away my mother was suffering the effects of Alzheimer’s Disease, or dementia as some call it. Watching her mind slowly slip away left me with a sense of dread and horror that some day that some day that same fate awaits me. That is another, more personal reason, I study so much and write so often; to keep my mind as sharp as possible for as long as possible.

Yet the driving force behind all these rants of mine is the fact that whenever I leave my home and go out into the world, I see and hear people say the damndest things about American politics. What I see and hear causes me to wonder if these people have ever picked up a copy of our Founding Documents and read them. I hear people say that our Constitution is no longer relevant in today’s modern world. Yet these people don’t realize how absurd they sound when they make comments like that.

I also hear people toss around the word democracy like it is a given that a democracy is what our Founders established. Our Founders despised democracies; it would have been the last thing they wanted to see America become a democracy.

Our Founders established a Constitutional Republic in which we elect representatives to govern on our behalf via a democratic election process; but these representatives are bound by law as to what they can, and cannot do. If the Constitution is no longer relevant, then the government it establishes is also irrelevant and all authority should revert to where it rightfully originated; either the people, or at least to the State Legislatures.

But you see, that is logical thinking on my part, and that is something I do not see too much of from those to whom my articles are intended. Sure, I get plenty of responses to my commentaries; but more often than not they are from, what I have taken to calling, the choir; those who were already predisposed to agree with the things I say. Although I truly appreciate them cheering me on, they are not the people for whom I write these articles.

I write for, what my friend Michael Gaddy has taken to calling, Americanus Ignoramus; the average John and Jane Doe’s out there who still are of the belief that the answer to all our problems can be found in the passing of new laws, or the creation of new bureaucracies; which, truth be told, only end up further restricting our freedom as human beings.

I write for the people who still believe that there are major differences between the Democrats and the Republicans and base their votes accordingly. I write these articles for the people who refuse to accept that there is a vast network of people behind the scenes who are key positions within government who exert influence and put pressure upon those we elect to do things which are in direct opposition to the purposes for which our government was established.

Although, as I said, I enjoy the process of writing, I do not write for myself; I write for all those mentioned who are ignorant of the knowledge I have accumulated. I’m not saying I am the most informed person in this country; I’m not. But when I mention the names of some of those men who participated in the founding of our Republic, and all I get in response is a blank stare, I can be pretty certain that I’m far more informed than the average voter.

I write in the hope of cracking through that bubble of ignorance people have put up around themselves. I do not write for personal gain or reward. The greatest reward I could ever get was to have someone tell me that something I wrote caused them to stop believing all the lies and to start researching the truth on their own. That has yet to happen.

I have never, nor will I ever, ask anyone to take anything I write about for granted. All I ask is that you give what I say a fair chance to be proven true before you disregard it entirely. Over the course of the past two decades I have had my beliefs and values challenged on numerous occasions. If I were as close minded as the majority of the people I encounter I would never have accepted half the things I currently believe to be true.

All I ask when you read my articles is that you put aside any preconceptions you might have and ask yourself if there is the possibility that I might be telling the truth. If you can’t do that, how do you expect me to respect your beliefs when you refuse to consider ideas that prove your existing values and beliefs to be based upon lies?

If you cannot accept that all you believe in as it pertains to government, and much of the history you have been taught about your country might be a lie, then how can I be asked to give any credence to the things you say when they are easily proven to be based upon faulty information?

If you don’t care about any of this talk of politics, and of the things a bunch of old dead guys said two-hundred some odd years ago, then that is fine. But don’t for a minute think that when you go to the polls and cast your votes that you are making an informed decision. What information are you basing your choice upon; a few 30 second campaign ads; a couple political debates where everything but the Constitution is the subject debated?

I have been told that I am wasting my time; that the average American has been so poorly educated that they are incapable of critical thought. Mind you, those are others words, not mine; although all the things I hear people say in response to a preponderance of evidence which disproves their position would lead me to believe that their words are true.

Yet I refuse to give up hope. It is not that I care one whit about what happens to everyone else, it is that I care about whether all the liberty our Founders strove so hard to secure for us is eventually taken, and we find ourselves governed by an elective despotism. As Lysander Spooner once said, “A man is no less a slave because he is allowed to choose a new master once in a term of years.”

When one casts their vote they should do so in support of our Constitution, and in support of the liberty our government was established to protect. Anything else is morally treasonable to all those who founded this once great nation. John Adams once said, “Posterity! You will never know, how much it cost the present Generation, to preserve your Freedom! I hope you will make a good Use of it. If you do not, I shall repent in Heaven, that I ever took half the Pains to preserve it.”

His cousin Samuel, also declared, “The liberties of our country, the freedom of our civil constitution are worth defending at all hazards; and it is our duty to defend them against all attacks. We have received them as a fair inheritance from our worthy ancestors: they purchased them for us with toil and danger and expense of treasure and blood, and transmitted them to us with care and diligence. It will bring an everlasting mark of infamy on the present generation, enlightened as it is, if we should suffer them to be wrested from us by violence without a struggle, or be cheated out of them by the artifices of false and designing men.”

But liberty is not a gift given you by your government; liberty is your birthright; and it is up to each of you to defend it against all attacks. In 1944 Judge Billings Learned Hand delivered a speech in New York City’s Central Park where 1.5 million people had gathered for an I Am An American Day event. Judge Hand opened his speech by saying, “We have gathered here to affirm a faith, a faith in a common purpose, a common conviction, a common devotion. Some of us have chosen America as the land of our adoption; the rest have come from those who did the same. For this reason we have some right to consider ourselves a picked group, a group of those who had the courage to break from the past and brave the dangers and the loneliness of a strange land. What was the object that nerved us, or those who went before us, to this choice? We sought liberty; freedom from oppression, freedom from want, freedom to be ourselves. This we then sought; this we now believe that we are by way of winning. What do we mean when we say that first of all we seek liberty? I often wonder whether we do not rest our hopes too much upon constitutions, upon laws and upon courts. These are false hopes; believe me, these are false hopes. Liberty lies in the hearts of men and women; when it dies there, no constitution, no law, no court can even do much to help it. While it lies there it needs no constitution, no law, no court to save it.”

Each of us, if we wish to be true patriots, true to the memories of all those who sacrificed their all for what this country stands for, should make liberty our war cry and declare, as did Patrick Henry that fateful day in 1775, “Give me liberty or give me death.”