This just went out in the mail to Imagine Publishing, a United Kingdom publishing house…

As you can see by the return address on the envelope this letter came in, I’m a Yank. But I’m not just any ordinary Yank, I’m a deep down in my soul Southern Yank, and I take great offense at lies being told about a cause which is near and dear to my heart, the cause of the Confederate States of America.

First of all, it was not a Civil War as you claim, as a Civil War is when two sides fight for control of a nation as a whole; which simply was not the case. No my good fellows, the cause the South was fighting for was not control over the Union, it was a separation from the Union; much like the one we fought against you blokes across the pond way back in 1776.

When your cheery old King George III agreed to the Treaty of Paris in 1783 he declared the States in America to be free and independent, and in 1861 the South only fought to regain that status from a government that had become quite similar to the one the Colonies sought their independence from; yours.

The idea of separation was one which was widely accepted as a State’s right. In fact, the Commonwealth of Virginia wrote that into their ratification statement, saying, “We the Delegates of the People of Virginia duly elected in pursuance of a recommendation from the General Assembly and now met in Convention having fully and freely investigated and discussed the proceedings of the Federal Convention and being prepared as well as the most mature deliberation hath enabled us to decide thereon Do in the name and in behalf of the People of Virginia declare and make known that the powers granted under the Constitution being derived from the People of the United States may be resumed by them whensoever the same shall be perverted to their injury or oppression and that every power not granted thereby remains with them and at their will …”

You see, it was not so much a Civil War as it was a war for independence fought by those seeking their independence from a government they believed to have become oppressive, and the armies of the government that sought to use force to bind them to the Union; just as your King George III sought to use force to bind the Colonies to the British Empire.

So I can see how any book published by a United Kingdom publishing company might want to revise the truth a little bit about America’s Second War for Independence as a means of getting us Yanks back for having the audacity to rebel against British authority.

Anyways, the point I want to make is that, awhile back, not knowing at first that it was published by a United Kingdom publishing house, I purchased one of your books from the All About History Series entitled, The Founding of the United States. On page 103 of your publication I found the following: 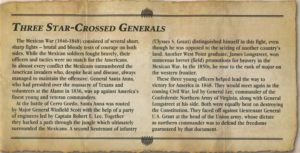 I draw your attention to the final paragraph where you say that Lee and Longstreet were equally bent on destroying the Constitution. Sorry chaps, but nothing could be further from the truth.

I now pose a question to you that I would like you to seriously consider: Had the Confederacy won this so-called Civil War, would that have meant that the Constitution of the North would have ceased to exist, and that the government it established would have simply disappeared off the face of the Earth?

The answer to both questions is a resounding NO! Had the Confederacy won, the Constitution would still have existed, and the government it established would have remained in power. The only difference is that the power held by that government would not have extended to the Confederacy; as they had returned to their status as free and independent States.

You see, they believed they had the right to do so based upon the words of a document that must still annoy the hell out of you Brits; the Declaration of Independence, wherein it states, “But when a long train of abuses and usurpations, pursuing invariably the same Object evinces a design to reduce them under absolute Despotism, it is their right, it is their duty, to throw off such Government, and to provide new Guards for their future security.”

If those bloody Yanks up North decided that they wished to remain under the authority of the government established by the Constitution, well that was their right to do so; but they could not force the South to remain in the Union if it decided to sever the political ties which bound them to it.

You see, although the Northern Yanks may have forgotten the reason why their forefathers had created our system of government, but those in the South still remembered, and they also remembered the words of Patrick Henry, “Give me liberty or give me death.” They didn’t want war, but they weren’t afraid to fight for what they believed to be their right either. So when the tyrant Abraham Lincoln raised an army to force the South to remain in the Union, they fought for their independence.

I find it funny that tyrants such as Abe Lincoln will say one thing, but then when it comes time to stand behind their words their actions take another course altogether. You see, just over a decade prior to Abe Lincoln denying the Confederacy the right to leave the Union, he made a speech in the House of Representatives in which he said, “Any people anywhere, being inclined and having the power, have the right to rise up and shake off the existing government and form a new one that suits them better. This is a most valuable, most sacred right- a right which we hope and believe is to liberate the world. Nor is this right confined to cases in which the whole people of an existing government may choose to excercise it. Any portion of such people that can, may revolutionize and make their own, of so much territory as the inhabit.” (January 12, 1848)

You claim that Lee and Longstreet sought to destroy the Constitution, but if that’s the case, why would the Confederacy would use it as the template for their own Constitution? Or has that question never crossed your minds? The Constitution of the Confederate States of America was almost the same; word for word, except for a few alterations which they hoped would prevent the government they were establishing from becoming like the one they were seeking their independence from.

If there is one thing I despise, it is lies intentionally told and passed off as the truth; and your comments on Lee and Longstreet seeking to destroy the Constitution is a bold faced lie! Had the Constitution been adhered to by the government it established there would have been no need for the Southern States to secede, and correspondingly there would have been no Civil War; as you chaps call it.

I just thought it was my duty to set you boys straight as to the facts. I hope you don’t take too much offense; but if you do, too bad because I don’t rightly care one way or the other.

Have a pleasant day, if that is even possible in that dismal weather you chaps have over there in England.