Now I don’t know how many of my readers are Christian, but the Bible is filled with times that prophets tried to warn people of the consequences of their actions. Although these prophets did not come up with their prophecies themselves, (being that they were merely the mouthpieces of God), they did predict, often, dire consequences if the people did not change their ways. And more often than not their warnings went unheeded and the people paid the price for not listening to them.

I’m certainly not a prophet; at least as far as me hearing the voice of God in my head telling me what to say; but I do believe that I fall into the category of those who try to warn people of the impending consequences of their actions. And, like the prophets of old, my words go pretty much unheeded.

It is my belief that the United States is a group of people, a rather large group of people, who war united together by common beliefs and values. In the recent Marvel Universe film Thor: Ragnarok, there is a scene when Thor has to destroy his home planet Asgard to save his people. Heimdall, the gatekeeper for the Bifrost, tells Thor that Asgard is not a place, it is a people. I feel the same way about America; it is not a place, it is a people holding similar beliefs and values.

In Federalist No. 2, John Jay writes, “With equal pleasure I have as often taken notice that Providence has been pleased to give this one connected country to one united people–a people descended from the same ancestors, speaking the same language, professing the same religion, attached to the same principles of government, very similar in their manners and customs, and who, by their joint counsels, arms, and efforts, fighting side by side throughout a long and bloody war, have nobly established general liberty and independence.”

If you had spent as much time as I have reading the writings of our Founding Fathers you would have seen the word Providence quite frequently in reference to both the cause they were fighting for and in regards to the blessings of Life and Liberty that they enjoyed. Providence is often defined as the protective hand of God over a people.

The Bible is filled with the record of what happens when a people disobey the laws, or commandments handed down to them by God; He withdraws His protective hand and the people usually end up suffering all manner of hardships. Thomas Jefferson once wrote, “God who gave us life gave us liberty. And can the liberties of a nation be thought secure if we have removed their only firm basis: a conviction in the minds of men that these liberties are the gift of God? That they are not to be violated but with His wrath? Indeed, I tremble for my country when I reflect that God is just; that His justice cannot sleep forever.”

Now you do not have to believe in God to live in this country, but you must accept that most of those who founded this country did, and it was basic Christian principles that led them to establish a country based upon individual liberty; and that when we begin to stray from the principles held by our Founders there are bound to be serious consequences.

You see, Jefferson also said, “Time indeed changes manners and notions, and so far we must expect institutions to bend to them. But time produces also corruption of principles, and against this it is the duty of good citizens to be ever on the watch, and if the gangrene is to prevail at last, let the day be kept off as long as possible.” (Source: letter to Judge Spencer Roane, 1821)

We, as Americans, have forsaken the principles that made this country great; which made this country the one those living in other countries wanted to come to for the freedom and opportunity it provided. I hardly recognize this country anymore; and if the values held by most people today are what it means to be American, I’m ashamed to call myself one.

Not only do most people not know what the values and principles of our Founders were, they don’t care to learn. To a majority, the beliefs, or more precisely, the platforms of their respective political parties are of greater concern than the thoughts of a bunch of guys who have been dead for over two centuries. It does not matter how many time we change leaders; switching between Democrats and Republicans, it is only by returning to the values and principles held by those who established our country that we can hope to make America great again.

You see, those we call our Founders did not allow themselves to be led around by the noses; their thoughts and beliefs manipulated by those seeking to control them. Instead, they spent a great deal of time studying politics, philosophy and religion; forming their own opinions based upon a careful examination of differing ideas and ideologies.

How unlike Americans today who, once they establish their own beliefs, refuse to look at any information which threatens those beliefs. How many of you reading this have had your opinions on the history of this country, or its system of government formed by what you were taught in a textbook in school rather than a serious study of the events and the thoughts of those who participated in those events?

Yet people say that they are informed; or worse, that they don’t care enough to waste time studying what people from the past thought and said. With attitudes like that people may as well accept that they are not thinking, they are being told what to think by others who are revising and perverting the truth to fit the agenda of undermining all that America once stood for.

If being American means adhering to and defending the principles and values of those who established this country, then America, for all intents and purposes, is dead. Yes, the geographical land mass still exists, and it is still occupied by people who call themselves Americans, but the vital spirit which gave this country life is all but dead in most people; and those few in whom it still burns brightly are condemned and ridiculed for clinging to values that have no place in the modern world we live in.

It’s just as historian Charles A. Beard said, “You need only reflect that one of the best ways to get yourself a reputation as a dangerous citizen these days is to go about repeating the very phrases which our founding fathers used in the great struggle for independence.”

America cannot, and will not be fixed by expecting government to do it for the people; government is the problem and America won’t be fixed until the people of this country fix themselves and what they believe the purpose of their system of government is. America will not be fixed by one man, as many who support Donald Trump like to think; it will be fixed when we place the preservation of our liberty and the concept of a truly limited government at the top of our list of priorities in life; above even our very lives. After all, did not Patrick Henry say, “Give me liberty or give me DEATH“? (My emphasis)

Our 6th President, John Quincy Adams, once said, “Always vote for principle, though you may vote alone, and you may cherish the sweetest reflection that your vote is never lost.” The only problem with that is that the principles for which people today vote for are not the ones held by those who established our system of government in the first place; and therein rests the problem.

Although the context may be different, the sentiments spoken of by former President Reagan are as true today as they were when he first spoke the following words, “In this present crisis, government is not the solution to our problem; government is the problem.”

Either you see that or you don’t; either you are blind to the fact that you are a slave, or you enjoy slavery. Just don’t ask me to join you. In fact, I will fight against you to my last dying breath if that’s what it takes to truly make America great again. 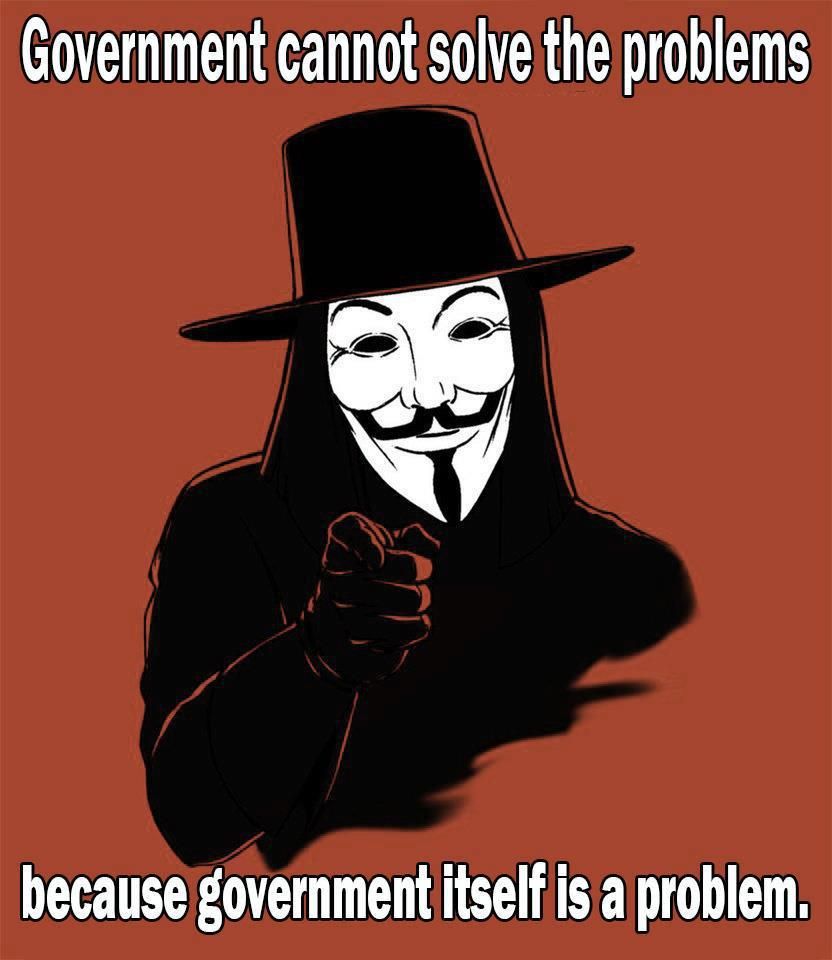 One Response to Herein Lies the Problem