Is This Too Much To Ask? 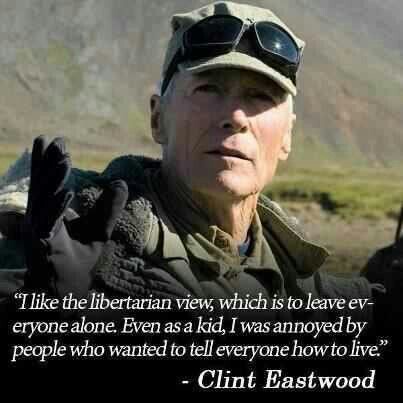 I cannot count the times I have had to revise my opinions on a subject because I have encountered new information which contradicted my existing beliefs at the time. I also cannot count the times I’ve, figuratively that is, run into a brick wall when trying to change the minds of others with mountains of facts which contradict their positions on a variety of issues. People either don’t care one way or the other about facts, or they fear facts because they shoot down their agenda; and therefore seek to silence those speaking the truth by whatever means they can.

Is that what passes for thinking these days? I was raised to believe that one should examine the facts on both sides of an argument with an open mind, and then base your decision upon the facts provided; not the emotional response generated by a certain position. This skill, otherwise known as critical thinking, used to be taught in our public school systems. Now those school systems are have become indoctrination centers designed to teach our children what to think; not how to think.

I may be wrong in this but I believe our country was well on the way to becoming the tyrannical mess it is today when I was born in 1958. But I believe our school systems were relatively unaffected by the changes this country was undergoing, and that my generation was the last to be taught how to think. Sure, there may be those younger than I who are born rebels and who choose to think for themselves; but for the most part, the skill of critical thinking went by the wayside during the period which saw the Baby Boomers make their way through the public school system.

But I also grew up in the era which saw the rise of the hippy movement and the influence of communist ideology upon our youth. As those hippies came of age they may have abandoned their hippy attire, but they retained their beliefs and ideologies while becoming teachers and professors in our universities. The school system which they became a part of became the perfect breeding ground for spreading their liberal ideologies. It is just as Lenin purportedly said, “Give me four years to teach the children and the seed I have sown will not be uprooted.”

Our children are now being taught all kinds of things which go against all that our Founding Fathers believed in. Facts no longer matter to those graduating from our high schools and universities; feelings are what matter. If you believe that a person should be able to keep the money they earn, and not have it stripped away from them and given to others who have not sweat and bled for it, you are cruel and uncaring. If you believe the un-Civil War was fought not over slavery, but over a State’s right to sever the ties which bound it to the Union, then you are a racist pig. If you believe the people have the right to keep and bear arms without restrictions or limitations, then you don’t care about the children who are killed by nutcases wielding guns.

None of the arguments provided by those seeking to undermine the American belief system can be supported by historical fact; they all rely upon an emotional reaction to events and circumstances rather than the truth.

Just look at how Americans overall supported, and continue to support all that is being done under the banner of George W. Bush’s War on Terror. That fact that 99.9% of what has been done is blatantly unconstitutional doesn’t even cross most people’s minds; all they care about is keeping America safe from terrorism…the old ends always justify the means ploy.

Fear is a powerful emotion, and we have been indoctrinated into believing that if a majority of the people fear something, then the best way of providing for the public safety and the general welfare of the country is to remove that which people fear the most; be it guns, or our rights to protect us from terrorism.

The sad thing is, people do not realize that path that this county is upon, that eventually all that made America great will have become a thing of the past and America will become a land without liberty. People should fear that far more than they do criminals with guns or some raghead intent upon blowing himself up in a public place.

Way back in time when our constitution was being argued over in the State ratification assemblies a man named Patrick Henry told his fellow Virginians, “You are not to inquire how your trade may be increased, nor how you are to become a great and powerful people, but how your liberties can be secured; for liberty ought to be the direct end of your Government.”

Liberty is what drove our Founders to risk their lives their fortunes and their sacred honor to fight the mightiest empire on the planet at the time. Liberty is what lived in their hearts and was the cause for which the Colonies united together to obtain for all. It was only after it had been obtained that vain and aspiring men sought to create a government with the ability to forge a great American empire that things began to go south.

We are taught that the Constitution is the greatest thing since sliced bread; but very few actually know what it says or what purpose the system of government it created was intended to serve. I have heard countless arguments that our Constitution is old and outdated, that it no longer fits in this modern world. Fine, abolish it, but abolish the government it created as well; let the States go back to being sovereign and independent entities if that’s what you want. See how fast those who love liberty move out of the more progressive Socialist States like California…see how long California survives when the income needed to fund their programs vanishes into the night.

You see, that’s part of the problem, these people speak about liberty; they pay lip service to it, but they don’t understand what it truly means. Liberty is such that I am free to live my life the way I choose without interference, as long as in so doing I don’t restrict anyone else from doing the same. How can anyone say that I have liberty when they are demanding that I agree to their beliefs; that I support their agenda with my tax dollars?

Everyone speaks of equality, but they fail to speak about the equality of effort required to obtain equality in all other things. I am neither rich nor am I poor; I am what they call middle class. I had to work for everything I own and if people understood liberty they would not demand that I be required to subsidize anyone else’s existence without my consent. Yet isn’t that what our system of government was founded upon; consent of those governed?

How is it then, that regardless of why they withdrew their consent, the Southern States were not allowed to leave the Union and form a system of government, “…laying its foundation on such principles and organizing its powers in such form, as to them shall seem most likely to effect their Safety and Happiness.” (Source: Declaration of Independence)

How is it that a government created by the people could tell a segment of the people that they must obey its dictates in all things or face the consequences of a military invasion? Is that not what Jefferson warned of when he wrote the Cause and Necessity of Taking Up Arms, that the King had declared the, “…right make laws to bind us in all cases whatsoever.”

Is that not the very definition of slavery; being bound to anyone or anything without the ability to resist? Is that not how we live today with all these laws and all these regulations which tell us what we can and cannot do?

Why is it then that people continue to support a government that so blatantly restricts the liberty it was established to protect?

I truly think that people think that I am trying to incite a revolution; to overthrow our government. Although it may come to it that is the last thing I want. I do, however, want our government to restrain itself to the powers originally given it. I do want to see the ties between it and the special interests that control it severed for all eternity and the will of the people and the States become the guiding influence in its actions; as long as they conform to the specific grant of powers to the government by the Constitution.

I want people to stop using government as a tool to tell me how I should live; how I should spend my money; how and when I can defend myself and my property. That is all I want; to be left alone.

Is that too much to ask of you people…

One Response to Is This Too Much To Ask?