Where Is Your Moral Compass Pointing? 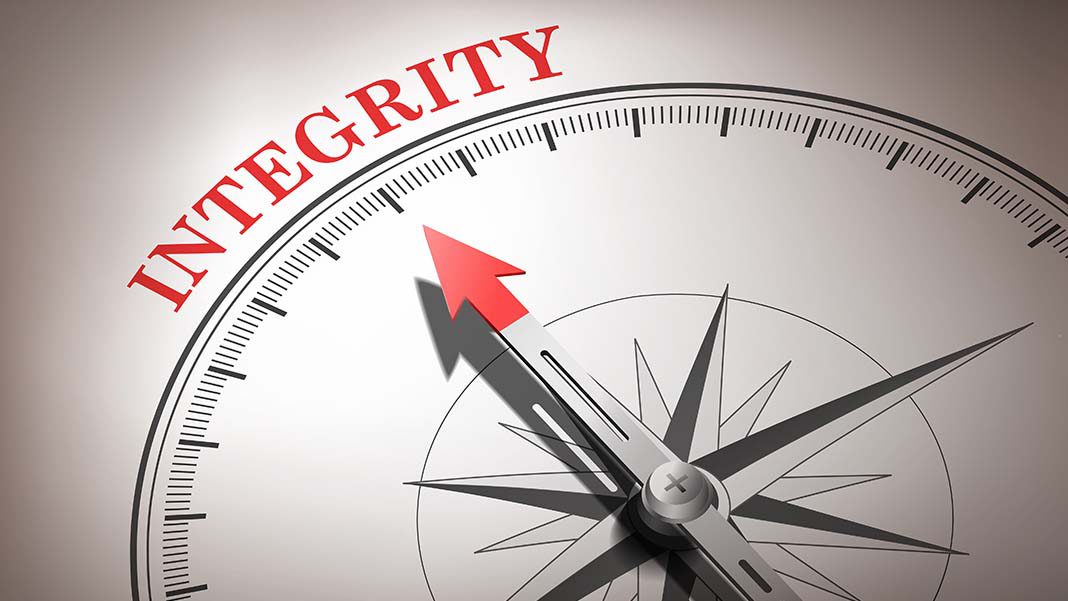 Have you ever heard the term moral compass? A person’s moral compass refers to their ability to distinguish between right and wrong; when I was growing up it was commonly referred to as our conscience. Yet a compass of any kind, including a moral one, can only point you in the right direction; it is up to each of us to follow our own moral compasses for them to be of any use; that is where integrity comes in. Merriam Webster’s Dictionary defines integrity as: the firm adherence to a code of moral or artistic values; INCORRUPTABILITY.

A person who adheres to their moral compass, and keeps it pointed due North is one who seeks out and defends the truth; no matter how much persecution they encounter from others. When Jesus sent out His 12 disciples to preach among the people He told them, “Behold, I send you forth as sheep in the midst of wolves: be ye therefore wise as serpents, and harmless as doves.

But beware of men: for they will deliver you up to the councils, and they will scourge you in their synagogues…” (Matthew 10:16-17) But then in verse 22 Jesus tells them, “And ye shall be hated of all men for my name’s sake: but he that endureth to the end shall be saved.”

Now I don’t want to turn this into a religious sermon, I only wanted to point out that Jesus instructed His disciples to remain vigilant and steadfast; that they would be rewarded for their courage and integrity if they remained true to their beliefs in His teachings.

However, using that passage from the Bible as an analogy, if one were to replace the teachings of Jesus with the truth, then one might better be able to see how people today who speak the truth are reviled and shunned by those who have fallen prey to lies and deception; and how they persecute and revile those who follow their moral compasses towards the truth.

Does it take a certain amount of courage to seek out, and accept, the truth? Of course it does, but as Patrick Henry said in 1775, “For my part, whatever anguish of spirit it may cost, I am willing to know the whole truth; to know the worst, and to provide for it.”

Those who placed their names upon the Declaration of Independence, and those who took up arms against their government in 1776 were men whose integrity was unquestionable; they were those whose moral compasses were firmly set to due north; and had the integrity to stand for what they believed in against almost insurmountable odds.

It says a great deal about the character and integrity of the people living in America today that many reject the truth when confronted with it; while others don’t care one way or the other about it. How often do we see people voting for candidates who make all these campaign promises which are clearly not among the specific powers of their government to touch upon in the legislative process? Yet, when a candidate comes along who comes close to being constitutionally correct, such as Ron Paul, he is rejected by those who claim to be conservatives. These voters would rather cast their votes for someone who stands a chance of winning than they would vote for someone who says they would defend the Constitution.

I’m not saying everyone in this country is bad; I’m only saying that it seems that the truth is of little importance to them. There are certainly those whose hearts are in the right place; they only believe in a system that no longer serves the purpose for which it was established; and hasn’t for quite some time.

These people vote based upon their understanding, or beliefs, as to what purpose government should serve. Unfortunately, most of them don’t know, or don’t care, why their system of government was originally established. Therefore, when they vote they are voting for candidates who are, in effect, criminals who use government to serve purposes it was never intended to serve. For if our Constitution is, in fact, the Supreme Law of the Land, does that not make those who violate it criminals? Also, if you are voting for criminals, what does that make you; accomplices?

That is why I am very selective in deciding who I vote for; often choosing not to cast a vote for anyone in any of the federal races. You see, I would rather not vote, than cast my vote for someone who does not meet muster in regards to how well they would support and defend the Constitution. But to most in this country party over principle prevails; they would rather vote for Candidate A to stop Candidate B from winning; even if Candidate A is only marginally better than Candidate B.

For a long time my moral compass was out of calibration, for I too was just another voter casting his votes along partisan lines; thinking the Democrats were evil and the Republicans were good. But there was something in my DNA that caused me to seek out the truth; and when I found that truth I realized that government itself is evil, and no matter who won the elections government was NOT going to change for the better. Once I accepted that, the rest became easy.

For some it is too painful a process to accept the truth; they would rather believe the lies they have been taught instead. Yet for those who truly love liberty, the truth is the only pathway that leads to it. If you choose not to embrace, or seek out the truth, you are either a blind man travelling down the road to tyranny and oppression, or you are actively seeking to undermine all that America once stood for; and are pure evil. I’ll let you decide which applies to you.

All I know is that my moral compass will not allow me to sit idly by whilst the country I love goes down the toilet; I will continue to speak the truth as I know it; even if it means I am ridiculed and ignored by the entire country. As Patrick Henry also said, “Should I keep back my opinions at such a time, through fear of giving offense, I should consider myself as guilty of treason towards my country, and of an act of disloyalty toward the Majesty of Heaven, which I revere above all earthly kings.”

I can’t speak for others I can only speak for myself. My faith is not in political systems or political parties; my faith lies in the truth; no matter where that truth takes me, or how many try to silence me for speaking it. I may stumble along the way to the truth, I may take a wrong turn here or there, but my quest for it will remain unwavering until I find it. My moral compass demands no less of me; what is your moral compass saying to you?