My Thoughts on the Thousand Oaks Shooting

As I was sitting here writing today’s commentary I heard the TV in the background and some woman, the mother of one of the Thousand Oaks victims, was saying, “My son was in Las Vegas and he came home. He didn’t come home last night. I don’t want prayers, I want GUN CONTROL!”

Lady, this is gun control; being able to hit what you’re aiming at… 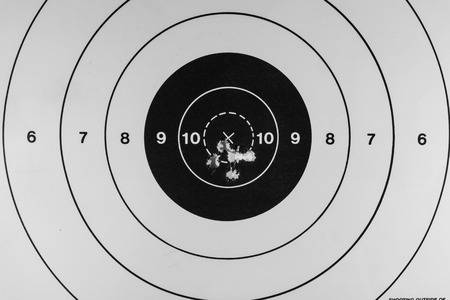 Guns are controlled by the people holding them. If you put a gun down on a table it won’t kill anyone until a disturbed or evil person picks it up and uses it to shoot others. Guns are simply a tool. You can kill a person with a hammer or a baseball bat as well, but I never hear people calling for hammer or bat control laws to be passed.

What we need to do is find the root cause behind why people are committing these acts of violence and seek to put an end to them; be they a lack of morals or respect for the lives of others. These things can change how people think, and therefore how they use guns.

For crying out loud, how many gun control laws do we have already; probably hundreds of them, if not thousands. Yet why is it that in the places where gun control is the strictest we see the most gun related violence? Look at the crime stats for places like Chicago and our nation’s capital; that alone should show you that strict gun control laws don’t work.

That’s because guns, or the availability of them, isn’t the problem. It is a people problem, and until we accept that, and seek to remedy it, we will continue to see these mass shootings.

One Response to My Thoughts on the Thousand Oaks Shooting