Why People Piss Me Off 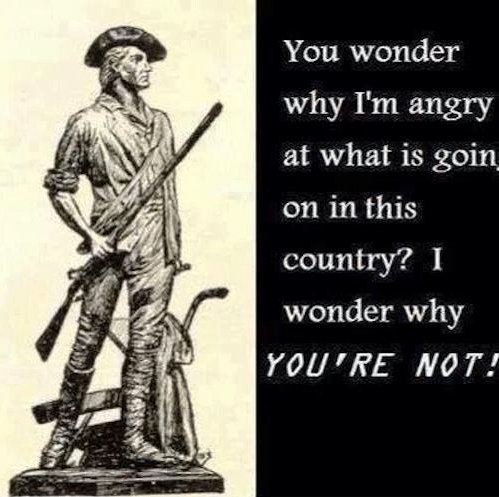 For instance, when I go to work I encounter people who think that just showing up for work every day entitles them to a paycheck; having to actually work for that pay is completely foreign to them. Now I don’t know if this is due to the fact that they are flat out lazy or if it is due to the fact that they have been taught to believe that they don’t have to work to earn their pay; but whichever it is, some people simply refuse to do the job that is expected of them, yet they sure as hell think they are entitled to that paycheck every week.

My job does not take a PhD to perform; it simply requires a certain degree of physical strength, a bit of commons sense, and a willingness to keep busy. Unfortunately, many of the people hired by my company are lacking in two of these pre-requisites; common sense and a willingness to keep busy. Some of these people think that simply because they are present on the premises, and in the general vicinity of their assigned work area, that that alone entitles them to a paycheck; and job performance standards can go to hell.

I was raised to believe that if you want an honest day’s pay you need to put in an honest day’s work to earn it. Yet a great many people where I work must think that if they are to be expected to work they should be paid extra; above and beyond their regular pay scale.

That is just one thing that pisses me off about some people. Unfortunately, there are more things about them that anger me.

What about this belief that some people have that society owes them a living, a home, an education, or a form of sustenance; that by the virtue of their gracing us with their presence on this planet that they are entitled to these things? I hate to burst your bubble people, but the ONLY thing you are entitled to is the chance to obtain these things; society doesn’t OWE YOU a damned thing!

I am the one who goes to work every day and gives 100% towards earning my pay; me, not you. You are not entitled to one red cent of my pay unless I decide to be charitable and give it to you. But you sugarplums have this belief that since society owes you a life that the reason government exists is to ensure that you achieve success; riches, and a comfortable lifestyle. Well excuse me, but you can kiss my ass! I wasn’t handed anything, I earned every single thing I own; and if I can do it, so can you.

Recently California passed a law which will eventually raise the minimum wage to $15 per hour; simply because there are those in this State who believe they are entitled to a ‘living wage.’ I guess it is just too much to ask of them that they put forth some effort to educate themselves; to learn a skill that is worthy of a decent paycheck. So instead they demand that their lawmakers pass a law forcing employers to pay them more than their skill set deserves. It doesn’t seem to bother these snowflakes that the cost of paying them $15 per hour will get passed on to those who end up utilizing the services their employer provides, or the cost of a burger at your favorite fast food joint will go up to pay for your worthless ass; so long as you are provided what you think you are entitled to.

Well excuse me for thinking that if you want a decent salary you should pull yourself away from your Facebook, your iPhones, your sports and learn a skill that is worthy of a decent salary. Are you aware that Mike Rowe, the same Mike Rowe who starred on the TV show Dirty Jobs, has a program where he provides the funding for people who are willing to learn a skill that is demand, and pays a good wage? The only requirement is that you be willing to relocate to where the work is in demand, and that you are expected to actually work to earn the pay you get.

Oh, but that is simply too much to ask; people want to be able to flip burgers and support their family on a job that was never intended to be a CAREER. So instead of seeking to improve themselves, they demand that government pass a law to improve their status in life for them. What a bunch of losers!!!

Then of course there is this insane belief people have that their opinion is entitled to respect; even when it is not supported by any facts or evidence. People actually get offended when someone contradicts their opinion with facts and evidence; resorting to name calling and insults. Hell, I have been turned in numerous times at work simply because I have spoken, or written truths that people simply don’t want to hear.

What does it say about your character or integrity when you are unwilling to accept evidence that contradicts your beliefs? I’m sorry if I’m blunt, but I say it makes you an intellectual coward. Of all the traits that people exhibit, this belief that their opinions are entitled to consideration without any supporting evidence angers me more than all the others combined.

People think that they are entitled to vote; to elect people to office who will then turn around and pass laws that affect me and my rights. Yet at the same time these people don’t think that they should be required to understand how our system of government was supposed to work. Would you let a child drive your car without knowing the basics of motor vehicle operation or the rules of the road? Would you let a plumber perform open heart surgery on you? If not, then why should people be allowed to participate in choosing who fills the various seats of power within our government if the voter does not understand how that system of government was designed to work; or care about the limits the document which established our government imposes upon it?

Not only do people believe that their opinions are entitled to respect, they are often hypocritical in their opinions. Take for instance the liberal left’s steadfast belief that it is a woman’s right to terminate the life growing insider her womb; yet these same people believe that the death penalty is cruel and unusual punishment. Uh, does double standards mean anything to these ass-clowns? And just to make sure the conservative right who support Donald Trump don’t feel left out, what about your belief that America has the right to protect its borders, but have no qualms about our military invading other countries and bombing them back into the Stone Age. Yet you hypocrites call those who attack our fighting men and women terrorists, and you say I am unpatriotic because I say they have every right to defend their country against ANY foreign invaders…even when those foreign invaders are US soldiers.

I bet if China or Russia were to invade the US that there would be freedom fighters, ala the type found in the movie Red Dawn, who would be planting IED’s (improvised explosive devices) to fight them. Yet when Iraqis or Afghani’s do that to fight against our fighting men and women who have invaded their country we call them terrorists.

Let us not forget the fact that there are those who are calling for the deprivation of the Constitutionally protected right to keep and bear arms; just so that they can feel safe and free from the fear of becoming a victim. Yet what do they do when they feel threatened or in danger; they call people with guns to come protect them. But let someone with an ounce of self-reliance and personal responsibility defend their home or property with a gun and they are lambasted by the public as a vigilante; someone who has taken the law into their own hands.

Well excuse me, if you had but an ounce of intelligence you would know that the first law of nature is the law of self-preservation; that any species, be it man or animal, has the right to defend both their life and their property. Yet you dimwits call us criminals and vigilantes, and the media portrays us as murderers when we use deadly force to defend ourselves and our property. You say we have taken the life of an innocent person when we should have just called the police and let them handle it. Well, if they were so innocent, why were they breaking into my home or attempting to rob me of my possessions?

Yet people wonder why I rarely smile anymore. I’ll tell you why, it is because I am drowning in an ocean of stupidity and ignorance; and no matter how loudly I scream, or how much evidence I provide, people just won’t accept the fact that their beliefs and opinions, aren’t entitled to squat unless they can be supported by facts and evidence.

I am more than willing to debate people; so long as they provide facts to support their position and not emotional taglines and feel good about themselves sentiments. I am even man enough to accept when I am wrong if provided with enough evidence to convince me of my errors…are you?
Well there you have it. You wanted to know why I’m so pissed off all the time; now I have told you.