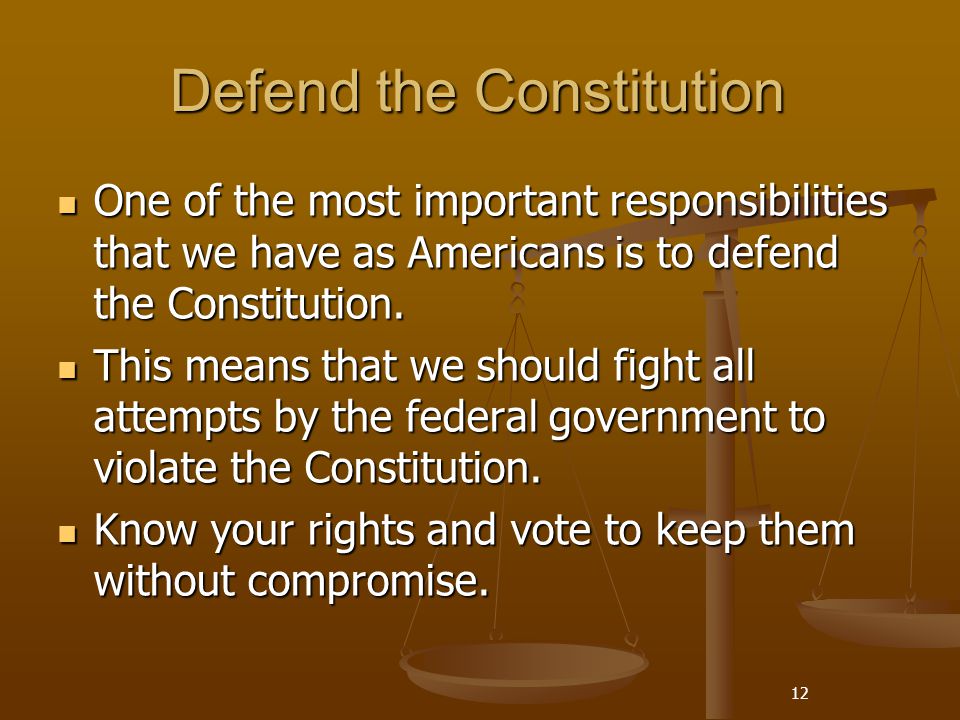 Mark Twain often made comments that were laced with a healthy dose of cynicism and sarcasm, and the other day I stumbled across one that, figuratively, hit me right in the gut. The quote was, “Don’t waste the truth on people who are unworthy of it.”

Is that what I’ve been doing, wasting the truth on people who don’t deserve it? You know, Johann Wolfgang von Goethe once said, “Knowing is not enough, we must apply.” I could preach all day long; provide quote after quote, statistic after statistic, but in the end if it doesn’t change how people think or act then I have wasted my time.

It all boils down to one simple question: Why do you think your government exists? Is it to provide you with all the things you are unable to provide yourself, or is it to defend your liberty? I don’t care if you vote Republican or Democrat, the question is the same; why do you vote for the candidates you do?

You tell me that I don’t have the right to complain because I choose not to vote. Well provide me with candidates who deserve my vote and I might consider it; but if you keep providing me with career politicians who have proven track records of doing things that violate the Constitution and Bill of Rights and I’ll continue to stay home on election day, thank you very much!

Recently the news has been reporting on the fact that there might be a government shutdown if President Trump does not get funding for his border wall with Mexico. I say go for it, shut the whole damned thing down; including the BATF, the NSA, the TSA and all the other agencies that violate your rights daily. But talk like that causes most Americans to panic; thinking OMG, what are we going to do with ourselves without government?

If every single person in this country accepted a whole lot more responsibility for their own lives, their own needs, their own personal defense, we wouldn’t need half the programs government provides us with and we could truly begin making America great again. But as long as people shift their personal responsibilities onto the shoulders of Uncle Sam not a damned thing is going to change.

I think it is ludicrous to believe that a single man, (who constitutionally isn’t authorized to enact law), can dismantle over a century and a half’s worth of bureaucracies that micromanage almost every aspect of our lives.

I see these Republicans today who are upset because Congress is getting in the way of their president enacting his agenda. Yet they ignore Congressional races and focus all their attention on getting their man/woman into the White House. Why don’t they focus their attention where it belongs; on those who are given the authority to draft our laws, and throw out career politicians who have gotten filthy rich off their positions?

If Trump truly was a constitutional president he would be vetoing every bill that crossed his desk; for there isn’t a damned thing Congress sends him that conforms to the Constitutional limitations upon what they are allowed to legislate upon. If Trump did this government would grind to a standstill; at least as far as its continued growth towards an absolute tyranny. If Trump truly were a constitutional candidate he would be calling for the dismantling of the CIA, the shutting down of the NSA’s spying upon each and every American citizen, and the federal governments intrusion into the powers that were supposed to be reserved to the States.

But Trump is no better, nor is he any worse than those who he followed into the Oval Office; the only difference being that he was in tune with the disenfranchised Republicans who had grown tired of business as usual in their party. He promised them change, he promised to root out the Deep State, he promised to put Hillary in prison for her crimes. These things resonated with the people and they fell for it, hook line and sinker.

Well Hillary is still free, the Deep State is still there, and we are still involved in wars we shouldn’t be, while our security agencies still spy upon us to ensure that they are safe and secure from their true enemies; those who love and are ready to defend their liberty.

Whenever I leave my home I watch the people I encounter and ask myself what would they have done had they been alive in 1775 when the King sent his Redcoats to Lexington and Concord to confiscate their arms. Would they have scribbled off a note to government in complaint? Would they have sat back and cheered the Kings men on? Or would they have grabbed whatever guns they had and squared off against the agents of a tyrant?

Have you ever heard the fable of the scorpion and the frog? A scorpion asks a frog to carry it on its back across a river. The frog is hesitant, afraid of being stung, but the scorpion assures it that it won’t do that, for it would ensure they both die. So the frog agrees, and when they are half way across the river the scorpion stings the frog. When the frog asks the scorpion why, it replied that it was in its nature to do so.

We are the frogs of America, and government is the scorpion. We carry government, we support it, and the whole while it promises to be a faithful servant. But once elected it continues to do things which it is constitutionally prohibited from doing and it erodes away at the freedom it was established to protect.

The sad thing is, most people aren’t concerned with freedom, for if they were they would be marching upon their nation’s capital in numbers that would dwarf what is currently happening in France. If there truly was a revival of the freedom movement in America I would buy stock in rope, for there would be a rush on hardware stores as lynch mobs across the land sought their pound of flesh against those who have betrayed their trust.

All I see when I watch politics in America is Democrats who hate the Republicans, Republicans who hate the Democrats, and people who don’t care who runs things in this country. I honestly don’t know which of the three are worse; those who fall for the b.s. of the two party paradigm, or those who are too apathetic to even pay attention to the fact that they are ruled by tyrants.

I have been told, numerous times I might add, that the world is a different place than it was when our Founders fought for their independence; that we need a stronger government which is able to do all the things it does today. Maybe, maybe not; but is it worth it when it comes at the cost of your freedom? Are you willing to sacrifice all your rights just so that you can go to bed at night thinking that you are safe and secure?

If the people of this country truly believe that their government needs more powers than it was originally granted, let them grant their government that power in the manner prescribed by amending the Constitution. George Washington, as much as I have grown to dislike him, once said, “If in the opinion of the People, the distribution or modification of the Constitutional powers be in any particular wrong, let it be corrected by an amendment in the way which the Constitution designates. But let there be no change by usurpation; for though this, in one instance, may be the instrument of good, it is the customary weapon by which free governments are destroyed.”

Yet the people today are of the belief that we have a democracy; that the will of the majority is all that is required for government to assume undelegated powers. Yet when anyone tries to convince them that their government is one of limited powers they are laughed at and ignored; and they go on asking their government to do more and more for them.

Over time our schools have lied to us about the purpose for which our government was established, and they have lied to us about the history of this country. It takes someone who truly wants to know the truth to go out and find out the extent to which they’ve been lied to. I don’t see that happening; at least not in sufficient numbers to make a difference. But, as von Goethe said, knowing is not enough, we must apply. What good is knowledge if the people keep supporting government in its current unconstitutional incarnation?

If you really want America to be great again then the federal government needs to be drastically reduced in size; with more power given back to the States. But that alone would not be enough if the people voted for the same quality of candidates at the State level as they currently do at the federal level. People would also need to vote only for candidates who promised to safeguard the freedom government is supposed to be there to secure for them; and then keep a watchful eye upon them to ensure they kept their promises.

I hate to be the bearer of bad news, but defending liberty is not something you think about once a year on July 4th; it is a full time job. But it is your duty as Americans to defend it; that is if you want America to be a free country. If not, then please, continue as you have been…for your doing a damn fine job of letting the liberty our Founders fought for slip through your fingers.