A Few Thoughts On The Upcoming Presidential Election 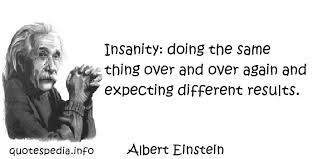 Every 4 years the two political parties fire up their propaganda machinery while the political faithful on both sides of the aisle go into a frenzy; all over the prospect of choosing who will become the next president of these states united. Actually, I find the whole thing to be akin to a form of madness that is only equaled in its passion and fervor by the end of season games, culminated by the Super Bowl.

Last time around the Republicans fielded 16 candidates seeking the prize, and although some of them didn’t stand a snowball’s chance in hell of winning, it was still ridiculous seeing that many people on the stage seeking the same position. This time around the Democrats have outdone them, fielding 24 candidates.

If you ask me, the whole thing is a huge joke. You heard me, a HUGE JOKE. Let me break it down for you: What we have is a populace, most of whom have never read the Constitution, voting in a system that is proven to be lacking in integrity, (voter fraud, dead people voting, more voters voting than registered voters in a district, hacked electronic voting machines), to elect people to a system that is corrupt and no longer serves its intended purposes. I mean, what could possibly go wrong?

While I can’t be 100% certain, I believe that the outcome of the election is already determined, that the farce we call the election process is merely a staged event to give the people the feeling that their voices matter. I think those in control of the system know that most people vote according to party, therefore all they have to do is shift, or manipulate a few votes here and there in those swing states to carry the election one way or the other. Like I said, I can’t prove any of that, but I still believe that there is some truth to it.

Regardless of which candidate ultimately wins or loses, the system never loses. Whether Trump wins and serves another four years, or if he is defeated and replaced by someone else, the system will remain basically unchanged; all that will have occurred is a change in the helm of the company; not unlike the hiring of a new CEO for a Fortune 500 company. Regardless of whether Trump wins or loses the DEA will still be there the day after the election, as will the TSA, the BATF, the FBI, the CIA, the FAA, the FDA, and all the other alphabet soup agencies that keep on churning out the rules that we must adhere to or face the consequences.

Yet soon the, I approve of this message ads will begin flooding our TV screens, our mailboxes will begin getting filled with flyers and other propaganda designed to sway support this way or that, and the talk around work and home will shift from the mundane to the political.

For those of you who don’t know, an Article 5 convention is a convention, consisting of delegates from all of the States, to discuss possible amendments to the Constitution; which is exactly what was supposed to happen when the delegates to the Philadelphia Convention of 1787 met – and look what happened then!

If an Article 5 convention was to be held there would be nothing that would be off the table; they could rewrite the entire Constitution and we would be forced into either accepting their proposal or rejecting it; just as what happened when the Constitution was presented as a replacement to the Articles of Confederation.

An Article 5 Convention could propose amendments rescinding the Bill of Rights, or they could make the presidency a life term, as what Alexander Hamilton had originally wanted in his proposal in 1787. There’s no telling what could come out of an Article 5 Convention; so it’s better we never open that Pandora’s Box to peek inside.

While you may be more forgiving than I am, and you might believe the we could give any delegates to an Article 5 Convention specific instructions, and that they would obey them, that only shows a degree of naiveté that is truly dangerous. After all, the delegates to the Philadelphia were also given specific instructions by their respective States, and they locked the doors, sealed the windows, and moved forward with disobeying them.

What chills me to the bone about the prospect of an Article 5 Convention is the people of this country. In 1787 there were still a great many people who loved liberty and had a vast knowledge regarding politics and systems of government; and yet they were unsuccessful in preventing the adoption of the Constitution. Can you imagine how easily people today would be goaded into accepting measures they quickly came to regret?

I truly believe that there are some living in this country, who if you offered them the promise of comfort and security, would agree to give government the right of Prima Nocta. For those of you who don’t know what Prima Nocta is, it is the right of a Lord or Noble to have sexual relations with a bride on the night of her wedding.

I wonder, if there were to be an Article 5 Convention, would the people of this country give any proposed amendments a thorough and comprehensive examination prior to adopting or rejecting them, or would that be taxing their thinking skills way past their limits? When the Constitution was first presented to the people it was urged they act quickly to adopt it quickly and to accept it as it was written; without alteration.

Yet there were some who warned of the inherent danger of adopting this proposed system of government; at least not without a careful examination. Yet there were those who warned of such haste and asked that the people undertake a candid and thorough examination of the proposed system of government.
For instance, in the Letters From a Federal Farmer we read, “It is natural for men, who wish to hasten the adoption of a measure, to tell us, now is the crisis — now is the critical moment which must be seized, or all will be lost: and to shut the door against free enquiry, whenever conscious the thing presented has defects in it, which time and investigation will probably discover.”

Then in the first of the Brutus essays we read, “Momentous then is the question you have to determine, and you are called upon by every motive which should influence a noble and virtuous mind, to examine it well, and to make up a wise judgment. It is insisted, indeed, that this constitution must be received, be it ever so imperfect. If it has its defects, it is said, they can be best amended when they are experienced. But remember, when the people once part with power, they can seldom or never resume it again but by force.”

Finally, in the first John De Witt essay we read, “Are we to adopt this Government, without an examination? …For my part, I am a stranger to the necessity for all this haste! Is it not a subject of some small importance? Certainly it is. – Are not your lives, your liberties and properties intimately involved in it? – Certainly they are. Is it a government for a moment, a day, or a year? By no means – but for ages – Altered it may possibly be, but it is easier to correct before it is adopted. …it ought to undergo a candid and strict examination.”

I wonder, would the people today even be able, let alone willing, to spend the time it took to examine carefully any proposed changes to our Constitution; seeing as how they appear to be unable or unwilling to examine it as is. I think if they were promised that the proposed changes would benefit them they would take those making those promises at their word and adopt such measures; measures they might come to regret later.

I have often wondered what would happen if those who had a hand in establishing this system of government could come back and see their handiwork in action, what would they say. Would the Anti-Federalists parade around yelling, “We told you this would happen, but you wouldn’t listen.” Or, would they say, “Damn, even we didn’t think it would ever get this bad.”

Would the Federalists say, “We thought the people would be more inclined to preserve and protect their rights, not let their government trample all over them.” Or, would they say, “See how much easier it would have been if you had just adopted Mr. Hamilton’s plan from the get go?”

You see, people today only know the conditions they have been born into. Unless people take it upon themselves to study the history of their country, of their ancestors, they cannot see how slowly, but surely, government has grown from one with few limited powers to a monstrosity that swallows liberty and consumes the fruit of their labors to pay a debt that can never be repaid.

The sad thing is that they mistake their comfort for liberty. They think that because they can hop in their car and tool across the country to see the sights and sounds of America, or tune in to hundreds of channels on their television, that they are free. Freedom is the ability to do as you please without constraint or without interference by others, so long as in so doing you do not deny anyone else to ability to do the same.

You think you’re free? Try opening a lemonade stand and you’ll quickly see how un-free you are. Yet you expect me to participate in choosing who will be my slave master; who will hold the seats of power within an entity that denies me the freedom it was supposed to secure to me?

I don’t think so. I think the whole system needs to be burnt to the ground, and maybe, after a few generations have had to grow up providing for their own needs without governmental assistance, then maybe we can rebuild it with better safeguards for our liberty. But as is, I refuse to participate in selecting people to a system that is broken and corrupt.

So put out your yard banners, and slap on your bumper stickers supporting who you want to be the next president; I’ll stay home and mourn the loss of liberty in America; like I’ve done since George W. Bush was elected.

Ponder that, would you…