The time is near at hand which must determine whether
Americans are to be free men or slaves.
~George Washington~
Address to Continental Army, Aug 27, 1776

I had fully intended NOT to write anything for awhile; I felt that I was repeating myself over and over again and I figured it was time to take a break until something new, something original popped into my head. Then there came these two shootings, one in Dayton, Ohio and the other in El Paso, Texas, and I knew that the cries for tighter gun control would soon follow.

I won’t mention any names, but I’ve had several of my gun owning friends say they will not obey any further gun control laws; that they are done having their right restricted every time some nut case goes off the deep end and shoots up a school, a supermarket, or a nightclub.

I work with people who think that no private citizen should be allowed to own a personal firearm; let alone a small arsenal of them. They constantly ask me how many I own; to which I always reply, ‘Not enough.’ They ask me why I need so many; to which I answer, ‘Why do you need more than one pair of shoes, more than one purse, or more than one screwdriver in your toolbox?’

I’m gonna be blunt here; it’s none of your damned business how many guns I own or why I have more than one. I’m gonna be even blunter; it’s none of the governments business how many guns I own either. After all, they supposedly work for us right? So why can’t we ask them how many guns they have in their arsenal, how many nuclear and biological weapons they have stockpiled away in weapons dumps? You think they’d send you a complete inventory of every single one of their weapons? So why should they know have many we have?

Fuck them. That’s right, you heard me…FUCK THEM!!!

Yet every time I go to purchase a new gun they have to run a background check on me to see if I am eligible to own a firearm, and when I do purchase it that weapon goes into a folder somewhere amidst the bureaucracy with some kind of annotation like: Neal Ross, one Glock .40 caliber, or Neal Ross, one each Mossberg 12 gauge shotgun.

So they know how many guns I have but I can’t just waltz in to the local police of sheriffs department and demand that they provide me with a list of every weapon in their inventory. Does that sound right to you? Maybe it does to some of you dimwits, but that is because you have not been taught the reason why we have the 2nd Amendment.

You have been taught that we have the 2nd Amendment so that we can hunt or defend our homes and ourselves against criminals. Those are but secondary benefits of having the right to keep and bear arms; the primary purpose the 2nd Amendment serves is so that the people can defend themselves against their government. Our government already outguns us and has far more sophisticated weaponry at its disposal than that which is for sale to the public, and you idiots want to limit or restrict what we can purchase even further?

Listen, I’m not downplaying the loss of life these mass shootings cause; they are tragic and we should all be outraged over them. But guns aren’t the problem; they are simply the tool of choice by which sick motherfuckers carry out their twisted dreams. The people who commit these crimes went down the pathway of mental illness long before they picked up a gun, and if you were to successfully ban each and every gun in America they would still be out here, living among us, with whatever demons torment them.

And what is America’s answer to this epidemic of mass shootings? Why it’s to take further take away people’s ability to defend them self should they find themselves in an active shooter situation. We have been conditioned to rely upon the state to provide for our protection in situations when we should be assuming that responsibility for ourselves. If you allow that right to be taken away from you, you may as will get down on your knees and admit that you are a slave.

It’s sad how much things have changed over the course of our country’s history. Almost 250 years ago Samuel Adams wrote, “Among the Natural Rights of the Colonists are these First. a Right to Life; Secondly to Liberty; thirdly to Property; together with the Right to support and defend them in the best manner they can–Those are evident Branches of, rather than deductions from the Duty of Self Preservation, commonly called the first Law of Nature.”

You see Sam, (and I don’t think he’d mind me calling him that), felt that the right to defend ourselves extended beyond our lives and our property; it also extended to defending our liberty; which in essence is why we have the 2nd Amendment. If you look back through the annals of history, who is guilty of depriving the people of their liberty the most if not their own governments?

My God, what was the American Revolution if it was not the Colonists defending their rights against a King, and his jack booted thugs who enforced his laws upon them? Did our Colonist ancestors have to undergo a background check every time they wanted to purchase a firearm; did they have to register that weapon with the King? Did they have a limit as to how much ammunition they could purchase, or the size and caliber of their weapons? Oh, and let us not forget; what did they do when the King sent his men to confiscate their arms? They amassed with their arms and stood resolute against his ‘law enforcers’ and defended that right; even though technically speaking they were in violation of the law.

As much as I despise Joseph Story for some of his ruling as a Supreme Court Justice, he did get one thing right. In his Commentaries on the Constitution Justice Story states, “The right of the citizens to keep and bear arms has justly been considered, as the palladium of the liberties of a republic; since it offers a strong moral check against the usurpation and arbitrary power of rulers; and will generally, even if these are successful in the first instance, enable the people to resist and triumph over them.”

That right there is why we have a 2nd Amendment; not so we can hunt or defend our homes and ourselves against criminals. And you would give that right away for the promise of comfort and security? As Ben Franklin said, “Any society that would give up a little liberty to gain a little security will deserver neither and lose both.”

I think the government has gotten smart, they know that they can’t keep passing tighter and tighter gun control laws; banning even more and more types of weapons. So what they are now doing is implementing these Red Flag Laws which allow police and family members to petition law enforcement to confiscate any guns owned by those they deem a threat to society.

After these recent shootings Republican Congressman Dan Crenshaw, of Texas, stated that the answer is to implement State Red Flag Laws, or gun violence restraining orders. I have a few issues with that idea.

First of all, if these people have shown that they might pose a threat, via their Facebook posts or their Tweets, why wasn’t something done to identify them and get them some kind of treatment that might diminish the threat they posed? Why is it that nobody said anything about the warning signs that would be used by these Red Flag Laws to take away their guns? Could it be that those who commit these crimes have already undergone some kind of psychiatric treatment and were under the influence of mind altering drugs to control whatever their shrinks had diagnosed them with?

I suppose we’ll never know how many of these mass shooters were under the influence of drugs like Ritalin or Prosaic; as all we focus on is the type weapon they were carrying when they committed their crime; not what might have caused them to go off the deep end to begin with.

So America’s answer to the increasing violence we witness is to give the people the right to say that they are afraid of this guy or that guy, and based upon that simple fear the police can then march into a person’s home and confiscate their guns.

BRILLIANT!!! After all, it’s not like we live in a society populated by a bunch of pussies who get offended over the slightest thing, or is that an accurate statement about society today?

What if people don’t like the things I say or write about; what if my beliefs cause people to feel uncomfortable? Does that give them the right to petition the police to confiscate my guns; deprive me of my right to defend myself? I say if you take away my right to defend myself you had better provide me with a 24/7 armed bodyguard to protect me and my family; because I have no intention of going out into the world defenseless. Are YOU going to pay for the cost of that bodyguard?

The people of this country, or at least a majority of them, have no idea where their idiocy is leading them. They would have us live in a society where the only people carrying guns are cops and the military. Don’t they know that in countries where that situation exists that the people are subject to all manner of tyranny and oppression; and that genocide often occurs as those who oppose the policies of their government are either hauled off to camps or eliminated?

Patrick Henry warned of this danger, as he saw it coming as far back as 1788, “Sir, we should have fine times indeed, if to punish tyrants, it were only sufficient to assemble the people. Your arms wherewith you could defend yourselves, are gone; and you have no longer an aristocratical; no longer democratical spirit. Did you ever read of any revolution in a nation, brought about by the punishment of those in power, inflicted by those who had no power at all?”

I’m sorry, I will not give up my guns. I love my family, I love my life, but I will not live as a slave without the means of defending myself against those who would oppress me. As Emiliano Zapato said, “It is better to die on your feet than live on your knees.” 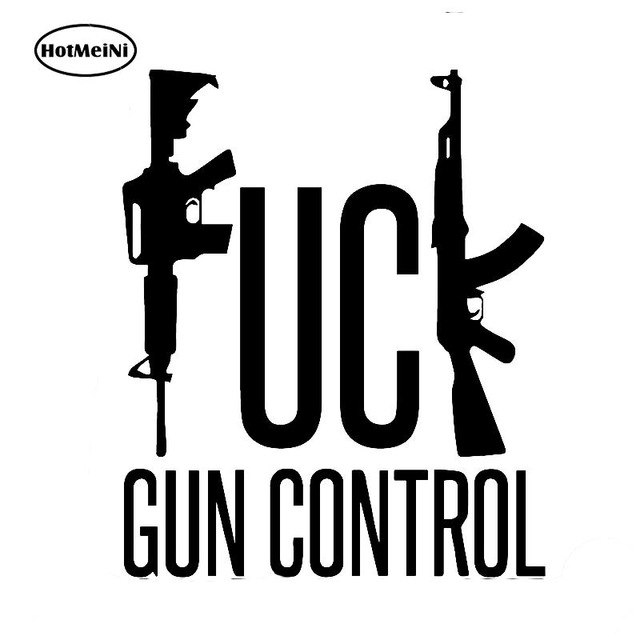 2 Responses to An Entirely Unplanned Rant