The other day at work I was scheduled as a ‘Helper’; meaning it was my job to just walk around the lines and help out as needed and relieve people so that they could go to lunch and breaks. Early in the morning I was helping a young woman open up pouches and dumping the fruit into baskets so it could be re-used on the line. Once we finished I just left and went to go find something else to do.

Awhile later I passed by that line again and the mechanic called me over to tell me something. He said that the woman I had been helping asked him if I was some kind of a White Pride or White Supremacist kind of guy. I suppose she saw the tattoo of the Confederate Battle Flag and just assumed that made me some kind of a racist pig.

I guess it didn’t help matters that, the next time I walked past that line I saw the woman and the mechanic talking; so I stopped dead in my tracks and rendered a Sieg Heil salute to them. 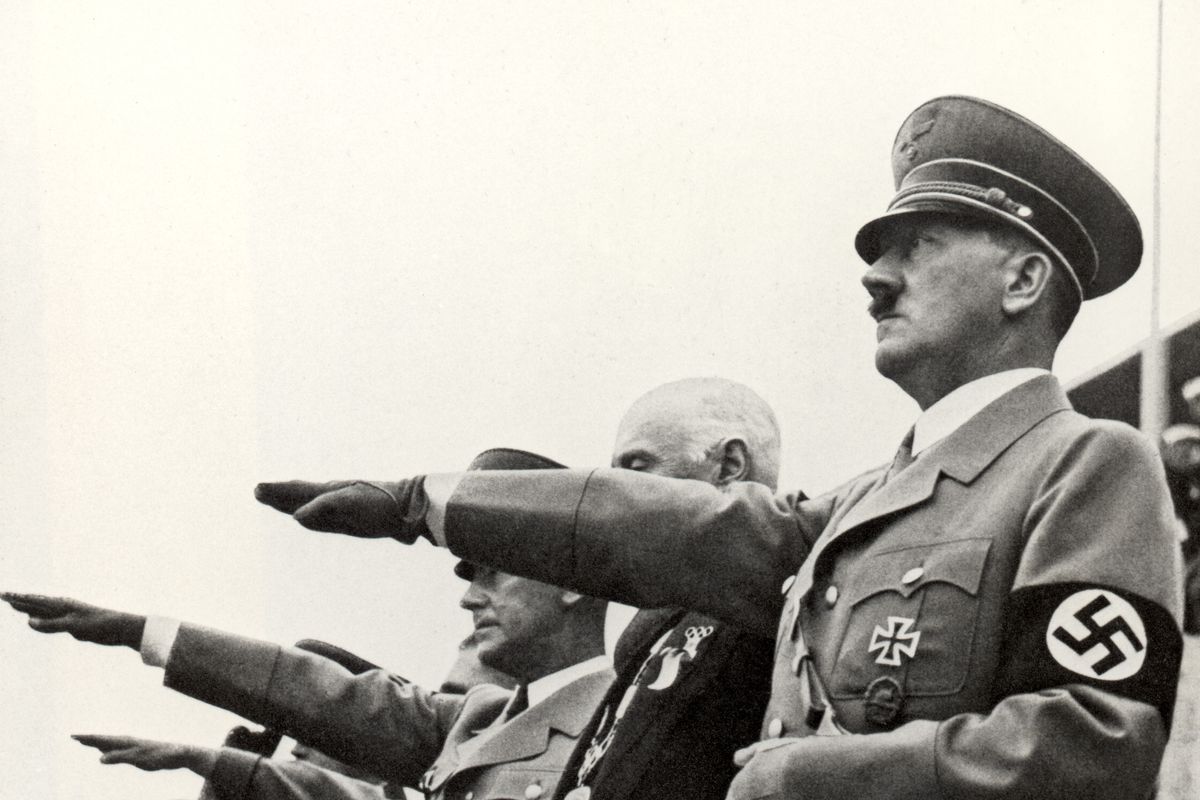 In retrospect it probably did little to alleviate that woman’s belief that I was exactly what she thought I was, but sometimes I just can’t seem to help myself by playing to their ignorance about things. Besides, watching the mechanic burst out laughing was well worth whatever damage to my reputation my actions caused me.

I suppose what caused her to ask that question about me is the fact that I have a tattoo of the Confederate Battle Flag emblazoned upon my right forearm, and that flag is still irrevocably tied to racism and prejudice by many in this country.

Facts don’t matter to a society that has fallen victim to lifetimes of indoctrination at the hands of the media and the public education system; what they feel about something is much more important to them than a few uncomfortable facts.

Oh, and here’s another uncomfortable fact that many have never given much thought; for nearly 3/4 century THIS flag flew over a nation that had made slavery legal under its government’s founding document…THINK ABOUT THAT!!! 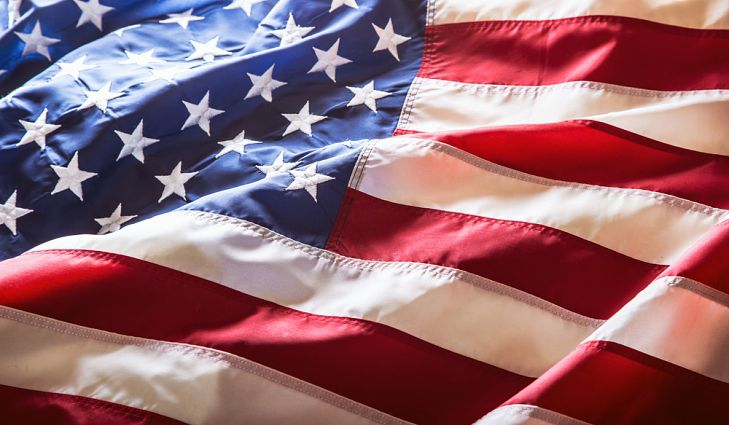 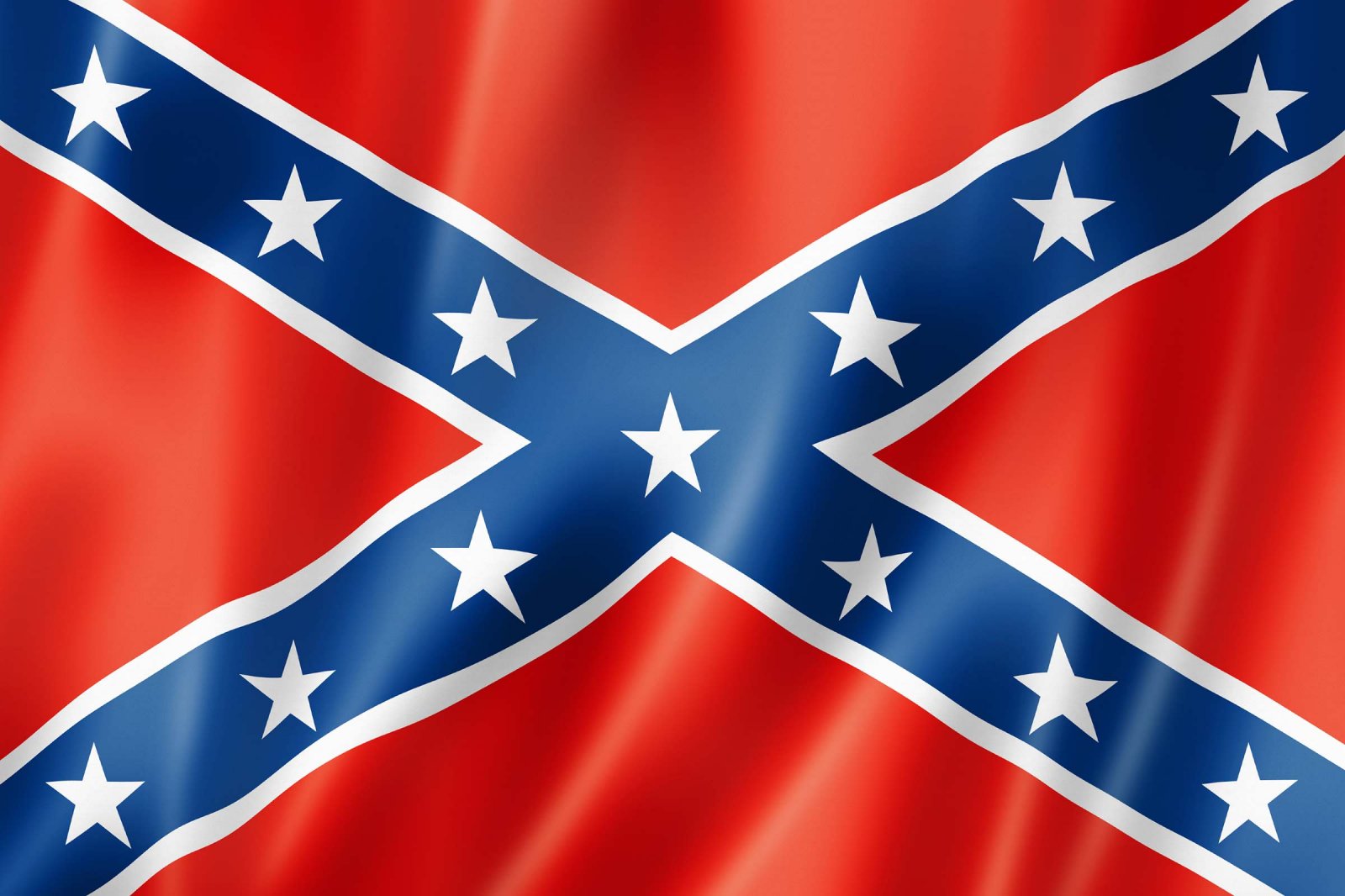 If I were to tie those two flags to certain events in our country’s history the Confederate Battle Flag would be tied to the American Revolution when a people rose up against a system of government they felt deprived them of their rights and freedoms, while the Stars and Stripes represents the establishment of a system of government and a Union of the States.

So in essence, one flag represents the undying quest for liberty and freedom while the other represents allegiance to a country and its system of government – at least that’s how I see it.

Oh, and that pledge ya’ll take to that flag; its origin dates back to the pledge Confederate soldiers had to take to the Union at the end of the Civil War; an event that destroyed many of the principles this country was originally founded upon; such as, “That whenever any Form of Government becomes destructive of these ends, it is the Right of the People to alter or to abolish it, and to institute new Government, laying its foundation on such principles and organizing its powers in such form, as to them shall seem most likely to effect their Safety and Happiness.” (Source: Declaration of Independence)

As to that pledge, have you ever stopped to think about what you are doing when you take it? You are swearing your undying allegiance to the country and its system of government above all else…even God. The Bible tells us, “But above all things, my brethren, swear not, neither by heaven, neither by the earth, neither by any other oath: but let your yea be yea; and your nay, nay; lest ye fall into condemnation.” (Source: James 5:12) The words under God were not added to the pledge until 1954; long after the pledge had been instituted back in 1892.

Did you know that the author of the pledge, Francis Bellamy, was an avowed Socialist? Did you know that when the pledge was first introduced the requirement was that children stand at attention and render a salute very similar to the one the Nazi’s used during World War II?

In 1892 Congress declared that October 21st would be Discovery Day, in reference to when Columbus discovered America. Across the nation in our schools events were to be held where a presidential proclamation was read, speeches, poems, and flag raisings were held in which the students would be required to stand at attention and render a respectful salute to the flag.

In the programs that were distributed to the participants of these Discovery Day events, we read the following regarding the proper mode of saluting the flag, “At a signal from the principal the pupils, in ordered rank, hands to the side, face the flag. Another signal is given; every pupil gives the flag the military salute—right hand lifted, palm downward, to a line with the forehead and close to it. Standing thus, all repeat together slowly: “I pledge allegiance to my flag, and to the republic for which it stands: one nation, indivisible, with liberty and justice for all.”

That salute was the one used by students across America until 1942 when concern arose that it too closely resembled the one being used by the Nazi’s. I’ll let you decide for yourself if there is any similarity between the two… 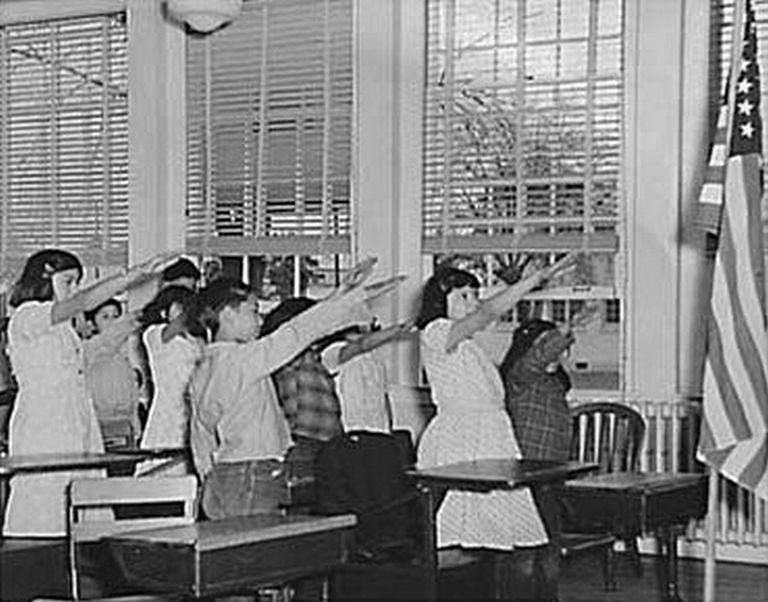 You see, that’s the problem with ignorance; once established it is hard to undo the damage that has been done to critical, or analytical, thinking. Once your brain has been indoctrinated to accept certain things as the truth it becomes difficult, if not outright impossible, to convince people they have been lied to.

That is why so many people believe the Confederate Battle Flag represents racism and prejudice; because for all their lives they have been lied to about what it represents, and no amount of evidence can undo that indoctrination.

But, as John Adams said way, way back in 1770, “Facts are stubborn things; and whatever may be our wishes, our inclinations, or the dictates of our passion, they cannot alter the state of facts and evidence.”

So I leave it up to you to decide; are you going to live your life believing every lie that you are told, or are you going to seek out the truth, and then embrace it as you would a lover? If you love your country and your freedom, the truth then you will do as I have done; which is shun the lies I was taught in school and seek out the truth. If you can’t, or won’t do this, then all I can say is, I hope that you enjoy serving your master, for as God loves the truth, it is the Devil who delights in lies.