I’m Sorry, Did I Offend You?

Well I finally hit another milestone; I finally got put in Facebook Jail for attempting to post a photo comment on a friends post showing a cartoon image of a man with his head shoved up his own ass. It seems the image was too graphic and violated their precious community standards. I can still log on to Facebook, and even LIKE things others post, I just can’t post any comments of my own until around 6 p.m. Sunday evening.

Yet this morning when I checked in I saw this on a friends page; which is far more graphic than what I attempted to post… 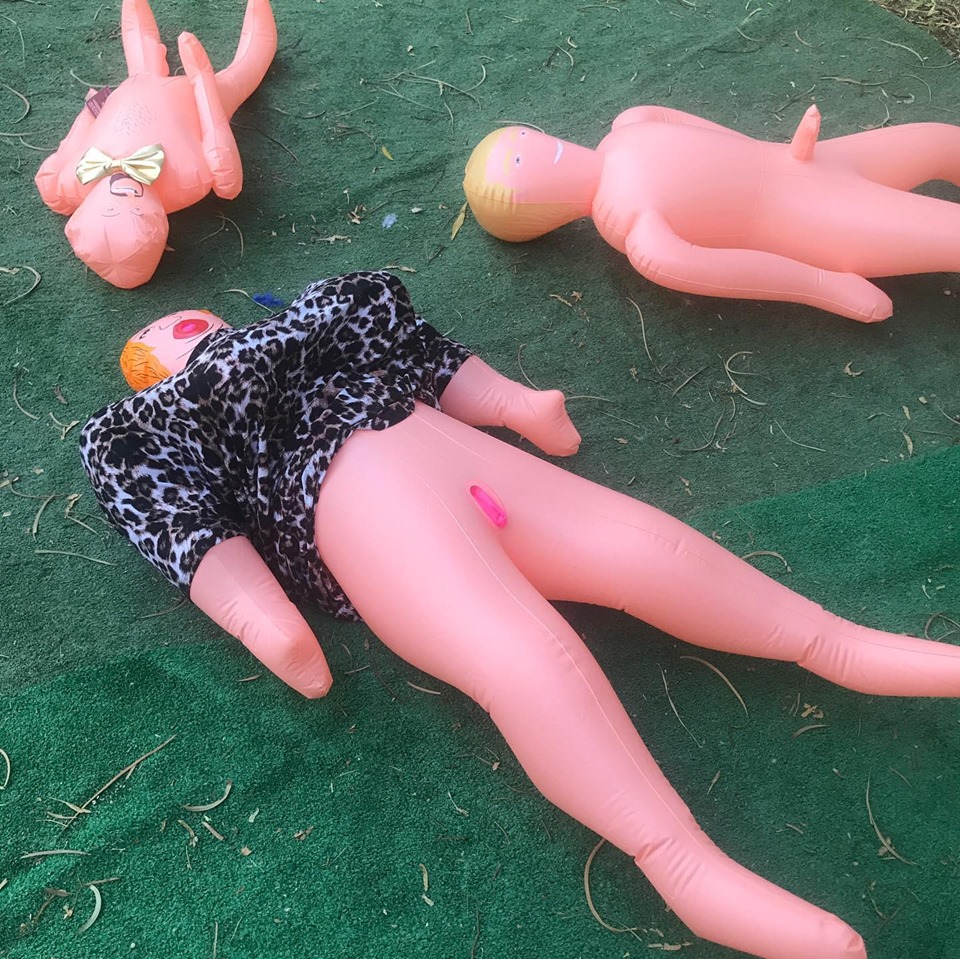 I could have filed a complaint about that image but, unlike the team at Facebook who monitor what’s being posted, I’m not a whiney assed pansy that gets all butt hurt over things like this. In fact, I’m taking this 24 hour ban as a sign of progress; a badge of honor that I finally got noticed by the censors over at Facebook. I must be saying things that have them worried if they ban me for posting an image I’ve posted numerous times in the past; so allow me to take a break and pat myself on the back for a moment.

It just saddens me that society has grown so thin-skinned that they need protection from ideas and images that they might find offensive, or disagree with. What the hell has happened to people that they can’t view or read things that might cause them a bit of discomfort – or worse, to think beyond the dictates of their handlers who tell them what is and what isn’t acceptable?

Maybe that’s why I am so disliked by many I come into contact with on a daily basis, because I’m not afraid of confrontation. I’m not afraid to challenge ideas and beliefs I disagree with – I don’t go running off to someone in an authority position to turn them in – I wade in and try to disprove their position with facts. I guess people don’t like that because they have no facts to back up their positions and beliefs; they make their decisions based upon emotions and knee jerk reactions to the things they see and hear.

The only reason I do what I do, (write these commentaries), is because I love my country and the idea of being free from the ability of others to dictate how I must live my life; what I can do or say. I could care less about most of the people who inhabit this country, for as far as I’m concerned they are brain dead zombies who go along with the indoctrination they got in school, and which is reinforced by what they see and hear from the media.

People have lost the ability to debate, to support a position with facts and evidence. Instead they react to things they disagree with by either attempting to silence those they disagree with, or by hurling insults at them; like calling someone heartless, racist, xenophobic, or some other slur.

I recall having a discussion with a woman who was a supporter of Barack Obama after he’d gotten elected, and she told me that I needed to give the man a chance before I start criticizing him. I asked why I should do that when everything the man campaigned upon went against what I believed in. Why should I give the man a chance to push forth ideas and programs that I felt violated the specific powers of the office he was elected to, and the Constitution itself. She could not answer that, so instead she told me I must hate him because he’s black. I threw her for a loop when I told her I hated the white half of him; apparently she didn’t know Obama was not 100% black, he is a mulatto; someone who has both a white and a black parent.

Of course I’ve also had discussions – if you can call them that, with – those on the other side of the political spectrum as well. When Ron Paul was running for president I got into a ‘discussion’ with a long time friend over his decision to stick with a run of the mill Republican over Ron Paul. My friend told me that he liked 99% of what Paul stood for, but could not find it within himself to agree with his stance on unjustified wars. When I asked my friend would he change his mind if the justification for a war was proven to be a lie; a false flag? When I began sending my friend information that disproved the ‘official’ narrative for 9/11 my friend sent me a nasty e mail, basically telling me to go have sex with myself and to NEVER speak to him again.

Apparently facts didn’t matter to him either…

People have lost the ability to think beyond what is spoon fed to them; which is surprising honestly for we are constantly being told to think outside the box about solutions to our problems. Yet here we are in a country where knowledge, facts, and the truth are shunned at all costs; and all manner of tactics are being used to keep people from waking up to the reality that surrounds them. Is it any wonder this country is in such sad shape when the truth no longer matters to people?

I can’t count the times I’ve been warned to tone down my rhetoric, or that I shouldn’t say certain things around people because they might get offended. We live in frightening times when people’s feelings take precedence over the 1st Amendment. Furthermore, what about MY feelings? I remember hearing something a very long time ago; you will never be able to make everyone happy with what you do or say. That stuck with me. I don’t do this to make people happy, I do it to provide them with information they may not have encountered while they were being indoctrinated, (oops, I meant educated), so that they can re-think their positions on the issues that face this country.

If people cannot handle the facts I provide them they have the choice of ignoring what I have to say; but they don’t have the choice to deprive me of the right to say them; that right is enshrined within the Bill of Rights as one of our fundamental rights. If the truth offends a person, too damned bad! As actor Stephen Fry said, “It’s now very common to hear people say, ‘I’m rather offended by that.’ As if that gives them certain rights. It’s actually nothing more… than a whine. ‘I find that offensive.’ It has no meaning; it has no purpose; it has no reason to be respected as a phrase. ‘I am offended by that.’ Well, so fucking what.”

I fully realize that I’m not going to change people; they are gonna believe whatever they want to believe and attack or ignore those they disagree with. I’m just saying, those people aren’t gonna change me either; I’m gonna keep speaking the truth as I see it, and if that offends you…TOUGH SHIT!!!

One Response to I’m Sorry, Did I Offend You?