Do You Need A Crowbar? 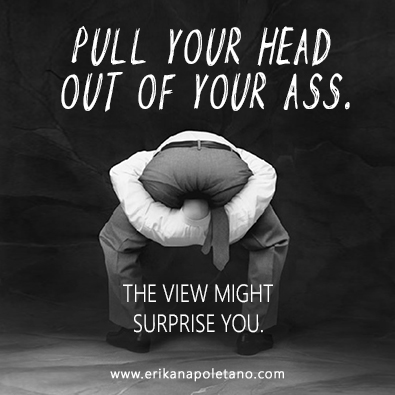 Nothing in the world strikes me as being more absurd than people who take great pride in defending their own ignorance. In the face of overwhelming evidence I encounter people who refuse to admit that they were wrong, that their beliefs and positions on certain things were based upon bullshit and lies. It’s almost as if they are saying to me, “I know I don’t have any facts to support my position, but I know I’m right and I know that you’re wrong.”

Last weekend I was in a Dominoes Pizza waiting for my order to be finished and some guy came in to pick up his order. He noticed the tattoo on my right arm of the Confederate Battle Flag and he said he liked it. Then he said, “The South will rise again. Now only if we could get rid of those damned Democrats.”

Normally I would have smiled and said thanks, but I decided to mess around with him a bit, so I said, “You do know that Abe Lincoln was a Republican, right?” He said, “No way man.” I said Google it if you don’t believe me, but it’s true. He remained silent for the remainder of the time he was there, but gave me a perplexed look when he finally left with his pizza. I guess I shook the foundations of his beliefs and he didn’t know how to handle it.

The truth can do that to you; especially when you’ve lived most of your life believing the lies that have been spoon fed to you for your entire existence. I suppose, and I could be going out on a limb here, that the measure of a person’s integrity is how they act once they are presented with the truth. Does one embrace the truth and change their beliefs accordingly, or do they get defensive, calling the bearer of that truth all manner of names; just to protect their precious beliefs?

Every day, after I’ve e mailed these rants out to my mailing list, I print out 6 copies of them and take them to work. I give one of them to my supervisor, (who likes reading them) and the remainder I leave on a counter in the cafeteria for others to read. I’ve found them scattered all over the place, used for note paper, or in the trash; apparently what I said was disagreeable to someone. Rarely do I hear someone come up and say, “I liked what you said.” Approaching nonexistent is when someone comes up and provides an educated opposition to what I’ve said; providing facts and evidence in an attempt to prove me wrong.

I have had people go off on me in an emotional tirade, but never has anyone offered me a logical rebuttal to anything I’ve said – they simply can’t do it. Why is that? I can only assume it is because they simply don’t have the facts to support their position; all they have is what they’ve been spoon fed by the schools and the media; so they go off on emotional tirades instead because I’ve threatened the lies they’ve come to accept as truth.

People think I’m opinionated, (which I am), and that I’m not willing to have a civil debate regarding the issues, (which is wrong). Some of the best conversations I’ve had on social media platforms such as Facebook have been with people with opposing beliefs, but who were well informed and provided facts and evidence to back up their positions. A debate is when one side offers up a position, then they provide evidence to support that position. Once they are finished the other side the other side counters that position with facts of their own to refute it. That’s not what happens today. What happens is one person may offer a position and then give the reasons why they believe as they do, then the other goes off on an emotional tirade without giving any facts to explain why they don’t agree.

Look at this country, it is divided along all manner of issues; from people’s positions on immigration, abortion, gay rights, the war on terror, or even just simply along the division between Republicans and Democrats. With all this hatred and animosity, where is there any room for the truth, for a logical debate when people’s emotions get in the way?

The Republicans say the Democrats are the ones screwing this country up and the Democrats say the same thing about the Republicans. The people line up behind their respective political parties like the fans at a football game who line up to support one of the two teams on the playing field. When that happens right, wrong, THE TRUTH never comes into play in their discussions/arguments. One side will accuse the other of wrongdoing and then turn a blind eye to the wrongdoings of their side, and vice versa.

Nobody seems to be able to move beyond this hatred for the ‘other side’ and look at the one underlying theme that remains constant; SUPPORT FOR THE SYSTEM. Both the Republicans and the Democrats believe in THE SYSTEM, with the only difference being how they wish to use the system to oppress those who disagree with their beliefs.

Where does the defense of my liberty and the preservation of my unalienable rights fit in when there are two opposing sides seeking to gain control of a system of oppression? Answer me that, someone…PLEASE!!! Where does liberty fit in to all this when all people can do is stand around pointing fingers at the people on the other side of the political fence?

If there is one thing I’ve discovered it is that the closer one gets to the truth the more radical they sound to the masses. The masses are convinced they are right; even though they may disagree with each other over how THE SYSTEM should work to fix all the problems in this country.

The moment one suggests that maybe they ought to oppose THE SYSTEM itself, they become uncomfortable and they begin backing away from the speaker of such radical ideas; as if they had some kind of contagious disease. The more radical the person becomes the fewer there are who will listen to them, and their circle of friends grows smaller and smaller; for who wants to be friends with someone who the ‘masses’ believe is a raving madman?

However, in some instances the reverse is also true. I have found many friends online who share my beliefs; some of whom are far more educated and informed than I am. I have learned a lot from them, and owe them a debt of gratitude that can never be repaid.

I think those who love the truth as much as I do have a way of finding others who feel the way we do. Look at the American Revolution, those who actively opposed the policies of King George consisted of only about 1/3 of the population of the Colonies, but they found like minded individuals and banded together to rise up and shake off THE SYSTEM that oppressed them.

They knew it wouldn’t be easy, and that they may be asked to give their lives to obtain what they sought – LIBERTY, but the prize was well worth the cost to them. There is a song by the Canadian rock band RUSH that kind of explains how they felt about liberty. The song is called Bravado, and the lyrics say, “If the dream is won, though everything is lot, we will pay the price, but we will not count the cost.”

If you were to read as much as I, and some of my other friends do, you would find a common theme running throughout the writings of the staunchest defenders of the public liberty; that theme being resistance to government. Patrick Henry spoke of it, as did Thomas Jefferson. Samuel Adams and his Son’s of Liberty took it even further and actively committed acts, that today, people would be calling acts of domestic terrorism.

Let me be absolutely clear on this, we are NEVER going to fix what’s wrong with this country as long as we bow down and worship THE SYSTEM, or play by the rules it has established for our participation in the American Dream. The American Dream is not a SYSTEM which provides for our needs and desires, while destroying our freewill and freedom of choice. The American Dream is that we are free to make our own choices, and succeed or fail based upon our own merit; while leaving others to do the same. You don’t get in my way, or deprive me of my rights and I’ll show you the same respect. THAT is the American Dream, and it has been replaced with this clusterfuck of a SYSTEM that denies individuality and demands conformity.

I’m not saying it would be easy, to shake off this SYSTEM that oppresses us; they have more tools at their disposal than did the Redcoats and jolly ole King George, but what is the alternative; a life of servitude and bondage.

As Patrick Henry so famously said, “Is life so dear, or peace so sweet, as to be purchased at the price of chains and slavery? Forbid it, Almighty God! I know not what course others may take; but as for me, give me liberty or give me death!”

That’s why I don’t vote. I pay attention to what the SYSTEM is doing, but I DO NOT participate in choosing who gets to become a player within a SYSTEM that oppresses me. What difference does it make if a person is a Republican or a Democrat when the SYSTEM they are a part of is one which deprives me of my freedom?

If you cannot see that, then maybe you’re one of the people who boggle my mind; those who take great pride in being ignorant. There is a cure for that, it’s called knowledge; but for that cure to be effective it first requires that you pull your heads out of your asses; and I’d gladly buy you a crowbar if you’re willing to take the cure.

One Response to Do You Need A Crowbar?