An exercise in sarcastic wit 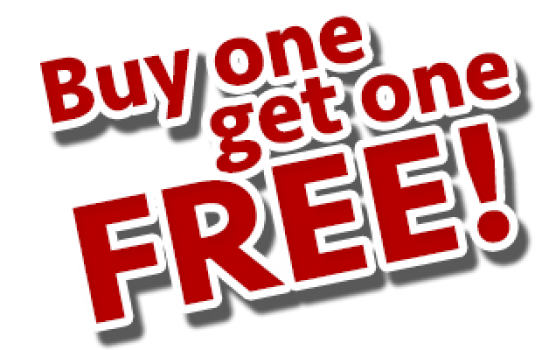 Well kiddies, just as your Uncle Neal predicted, the Senate did not convict Donald Trump on the charges of impeachment brought against him by the House of Representatives; but what a fine drama it was – keeping the left and right at each other’s throats and ensuring that the party faithful show up to the polls in force to either support Trump, or do their best to VOTE him out of office; since that whole impeachment circus worked out so well for them.

Then of course there was that fine performance when Trump refused to shake Pelosi’s hand and then she tore up her copy of his State of the Union Address. They both should get Academy Awards for their performances in a political drama; the only problem being deciding who gets the one for a leading role and who gets the one for best supporting actor.

I wasn’t 100% sure that Trump would not be found guilty of the charges leveled against him, but I was pretty sure it wouldn’t happen; it would have set too big a precedent; meaning if the Democrats had been successful in impeaching a Republican it would mean that the tables could be turned and the Republicans could successfully impeach a Democratic President – and neither side could take the risk of allowing that precedent to be established.

Besides, who really cares if Trump had been found guilty and removed from office; I certainly don’t. Sure, it would have bothered me that our country had fallen to the level that one side of the political spectrum could conduct a witch hunt, and been successful in impeaching a sitting president after repeated attempts to find any kind of dirt on him; but other than that, why should anyone care if he had been found guilty.

-Would government have gone into a massive meltdown had Trump been removed from office?

-Would the IRS stopped requiring that you pay your taxes or have your property confiscated for not doing so?

-Would our troops have been brought home from all the bases and countries all over the world?

-Would America have stopped meddling in the internal affairs of other nations, and ceased its bombing of those we declared to be engaged in global terrorism; like the 47 innocent people were bombed at a wedding reception in Haska Menya, Afghanistan in 2008?

-Would the NSA have ceased and desisted its spying upon you and I?

-Would the BATF, the DEA, the EPA, the FBI, the CIA, the BLM, the FDA, and all the other alphabet soup agencies have shut their doors, repealed all regulations telling us what we can and cannot do, and told all their employees to go find HONEST jobs?

If you cannot answer yes to all the above mentioned questions, then who gives a shit whether or not Trump would have been found guilty of the charges leveled against him; government would have kept on doing what it does best; that being oppress the people it was supposedly established to serve.

Oh and where is this revolution the left promised would happen if Trump WAS NOT impeached? The circus is over folks, it served its purpose, so why don’t we just move on to something of real importance; like the Corona Virus.

Oh, did I actually say that? Silly me…but, since I brought it up…

Do you want to know who should really get an attaboy; a pat on the back for doing such a great job? I think the news media ought to get a round of applause; hell a standing ovation for the fine job of keeping up with all the latest in the impeachment proceedings AND doing such an outstanding job of instilling widespread fear over the outbreak of this Corona Virus. Well done people, well done.

Ya’ll can just calm the hell down folks, it’s just the flu. Yes there are those who may get so sick from it they die; but that happens every time an outbreak of the flu rolls around; it’s nothing to get your panties in a wad over. What’s the mortality rate of this specific strain of influenza; something like 3%? So that means that 3 out of every 100 people who become infected with this strain of flu might die. I guess it would suck to be one of the 3 who did, but then again that person wouldn’t ever have to pay taxes again; so that could be a benefit, who knows?

Listening to some people talk you would think the world was coming to an end; Oh my God, Oh My God, it’s the Corona Virus; what am I going to do? If you ask me, it’s just Mother Nature’s way of thinning out the herd; a part of the human existence. After all, it isn’t like the Black Death; where upwards of 60% of Europe was wiped out as THAT made its way across the continent. Now THAT’S something to be concerned about, not another outbreak of the flu; so calm the fuck down people, the world will continue spinning; government will continue stealing taxes from you; and McDonalds will keep on selling hamburgers.

Now if you really want to panic you might ask yourself, the CDC, and your local news channel why they don’t warn us about the deadly outbreak of Boobus Americanus virus that breaks out every 2 years and spread across the nation infecting millions. Now that’s a news story I’d tune in to.

Boobus Americanus virus; never heard of it you say? Wow, that surprises me, because it happens every two years; just like clockwork. Not only that, instead of the typical 7-10 days of symptoms, when people contract the Boobus Americanus virus the symptoms last for months; and sometimes the person never fully recovers from them.

Some of the symptoms for Boobus Americanus virus are, mass hysteria, illogical decision making, and an intensified trust in pathological liars. Maybe the reason you don’t hear about it on the news is because they frequently are the first to come down with this specific illness; spreading it across the country through their coverage.

In fact, the 2020 outbreak of Boobus Americanus is already underway, with the peak infected period expected to come sometime in early November; on or around November 3rd if I’m not mistaken.

Now that’s a disease to be concerned about; for while the patient may survive for years, decades even, after becoming infected, it is almost always fatal to the liberty of those who have become infected. The sad thing is, Boobus Americanus is easily prevented; and it doesn’t even take a trip to your doctor or pharmacy for a shot to prevent it. All you gotta do to prevent your becoming infected with Boobus Americanus is to pull your head out of your ass and get educated; learn the truth about the history of your country and its system of government.

Knowledge is to Boobus Americanus what white blood cells are to any other illness; your body’s immune system against the effects of a virus or contagion. Those whose minds are devoid of knowledge, or have weak critical thinking skills are the most easily affected by the Boobus Americanus virus; so if you want to protect yourself against this disease, turn off your TV’s and open a book on history; I can recommend a few if you’re interested, and start learning the truth about your country and its system of organized crime you call your government.

For that’s the only way to prevent it. Who knows, maybe that’s why I avoid polling places like the plague; because I don’t want to catch that shit myself…